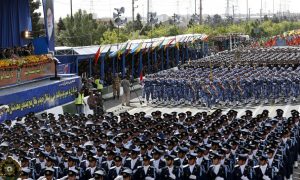 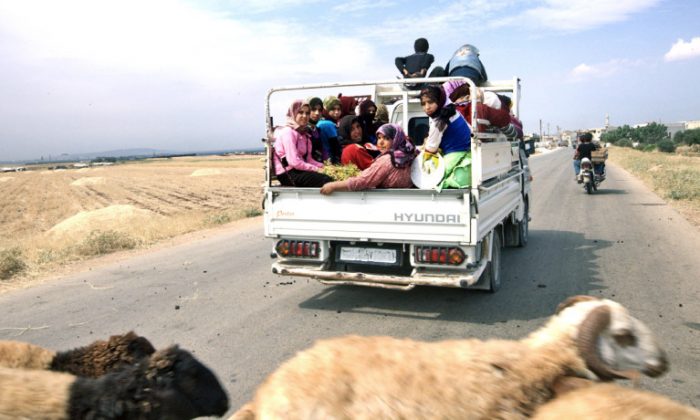 Above, refugees on the road to the Turkish border in Idlib Provence, Syria, in June 2012. (Shutterstock*)
Environment

Did Drought in Syria Fuel the 2011 Uprising?

Extreme weather can boost the chances of violence, experts say, including individual attacks and full-scale wars.

A new study, which combines climate, social, and economic data, suggests that ongoing climate change caused by humans likely stoked a record drought that ravaged Syria from 2006 to 2010, which may have in turn propelled an uprising that exploded in spring 2011.

The drought—the worst ever recorded in the region—destroyed agriculture in northern Syria’s breadbasket, driving dispossessed farmers to cities, where poverty, government mismanagement, and other factors created the unrest.

The conflict has since evolved into a complex multinational war that has killed at least 200,000 people and displaced millions.

“While we’re not saying the drought caused the war, we are saying that it certainly contributed to other factors—agricultural collapse and mass migration among them—that caused the uprising,” says Colin Kelley, a postdoctoral researcher at University of California, Santa Barbara, who did the research for his doctorate while at Columbia University.

The recent drought affected the so-called Fertile Crescent, spanning parts of Turkey and much of Syria and Iraq, a region that has always seen natural weather swings.

For the new study, published in the Proceedings of the National Academy of Sciences, researchers used existing studies and their own research to show that since 1900, the area has undergone warming of 1 to 1.2 degrees Centigrade (about 2 degrees Fahrenheit), with about a 10 percent reduction in wet-season precipitation.

The results show the trend matches neatly with models of human-influenced global warming and therefore cannot be attributed to natural variability.

“One of the things we tried to show in this paper is that there were very significant trends not only precipitation but also in temperature and sea level pressure,” Kelley says.

“The long-term precipitation trend tended to make multiyear droughts, which occur naturally in this area from time to time, much more severe and explains why this recent drought was the most severe during the preserved record.”

The record drought’s effects were immediate.

Agricultural production, typically a quarter of the country’s gross domestic product, plummeted by a third and as many as 1.5 million people fled from the countryside to the peripheries of cities already strained by influxes of refugees from the ongoing war next door in Iraq.

“There was a huge population shock in a very short period of time in these urban areas, which were already marginally sustainable in terms of their resources,” Kelley says.

“This kind of rapid change in demographics encourages instability. The combination of large acute geographic and demographic changes created a huge vulnerability.”

*Image of the refugees via Shutterstock