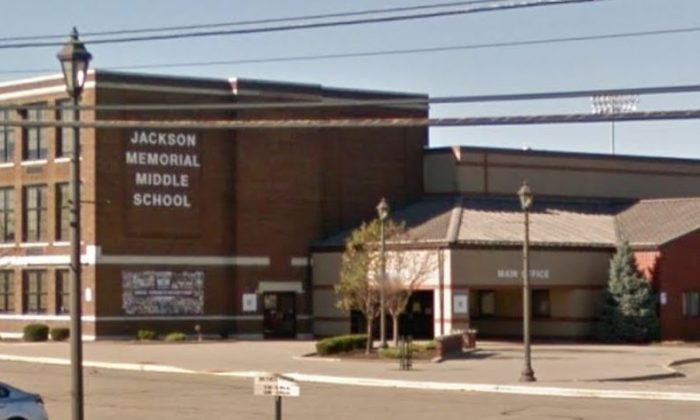 An Ohio student planned a shooting that would be “bigger than anything this country’s ever seen,” authorities revealed.

Seventh-grader Keith Simons, 13, carried a .22-caliber gun under his shirt when he rode the bus to Jackson Memorial Middle School on Feb. 20.

Just minutes after arriving at the school, Simons went into the men’s bathroom. Authorities said he shot himself, although they aren’t sure whether it was by accident or on purpose.

In a press release on Thursday, Jackson Township Police Chief Mark Brink said a diary on the teenager’s phone revealed his “fascination with school shooters, specifically the Columbine shooters.”

The Columbine High School massacre in 1999 ended with 15 deaths, including the shooters.

The published diary entries include one from just three days before the planned attack.

“I’ll look in to those scared little britches [sic] eyes before I kill them there’s now I’ll have followers because I’m awesome I know someone will follow me just like I followed Eric Harris and Dylan Kiebolt,” he wrote, referring to the two shooters at Columbine.

Another entry, from Feb. 19, said, “This will be bigger than anything this country’s ever seen.”

“I’ve been planning this for a few weeks and thought about it a few months, I will never be forgotten I’ll be a stain in American history and the Simons history,” Simons added. “It’s going to be so mutch [sic] fun. They won’t expect a thing.”

Another entry says, “I’m going to die doing it, I hate those people, when they interview my parents and ask how they didn’t see the signs they should know it’s not them it’s me and it’s because of how I see the world… I’d hurt and destroy something bigger but my schools an easy target.”

After Simons shot himself, he was rushed to a hospital. Two days later, he died.

Officials said the information from Simons’ home confirms he was planning a shooting.

“These documents showed that Simons intended to conduct a school shooting and harm other individuals,” Brink said during a press conference on March 1, reported Fox8.

Officers still aren’t sure whether Simons changed his mind and if he did so, what caused him to. Brink said that Simons entered the bathroom, walked out with the gun, but soon returned to the bathroom. Four students in the hallway saw Simons but they did not see the weapon.

“Why he went back into the bathroom after he came out holding the gun and then committed suicide? We don’t have an answer,” Brink said.