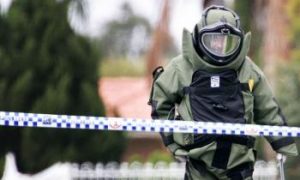 Diabetes drug Bydureon was denied approval by the US Food and Drug Administration, prompting the stocks of drug companies Amylin Pharmaceuticals Inc. (AMLN) and Alkermes, Inc. (ALKS) to plummet in Wednesday trading.

On Tuesday, the FDA denied the approval of Bydureon, a high-profile extended-release type-2 diabetes drug, co-developers Amylin, Eli Lilly, and Alkermes announced in a statement.

Eli Lilly and Company (LLY), which was also involved in the development of Bydureon, also saw its stock tumble, but only mildly, by 3.75 percent to $36.01.

The trio said that they would resubmit the drug to the FDA for review by the end of 2011, and the governmental agency could take six months to review Bydureon again. The total delay could be up to 18 months, the companies said.

"We are committed to working closely with the FDA to resolve the issues raised in the complete response letter so that Bydureon can be approved, and we can make this important treatment available to patients with type 2 diabetes as quickly as possible," said Orville G. Kolterman, senior vice president and chief medical officer of Amylin Pharmaceuticals in a statement.

Bydureon is similar to the widely-available Byetta, which is a subcutaneous injection of exenatide. Bydureon is planned as a once-weekly injection, whereas Byetta is taken twice a day.