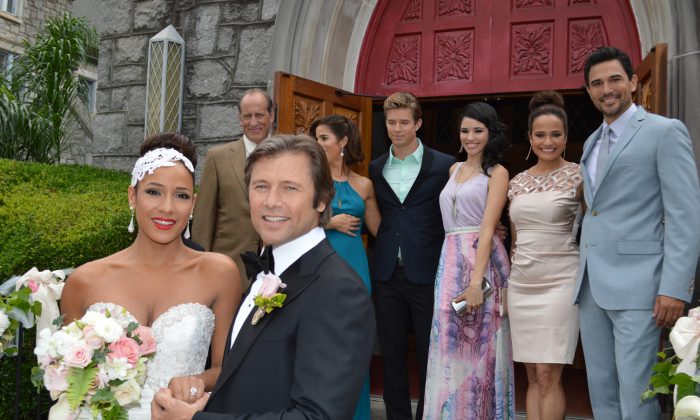 Devious Maids is wrapping up season 2 after a switch from ABC to Lifetime and fans are wondering whether the show will be renewed.

Lifetime has not yet announced whether the show will be renewed or canceled.

A look at the viewing numbers indicates that it could go either way.

The biggest part about the numbers is that they’re not that far off the first season (about 0.8 million less for most episodes).

According to Fox News, it’s among Lifetime’s highest-rated shows. “And the series is riding high on a recent acknowledgment: All five leads are nominated for Imagen Awards, to be presented Aug. 1 in Beverly Hills, which ‘recognize and reward positive portrayals of Latinos in all forms of media.'”

Creator Marc Cherry has not said anything about a possible season 3 but did say that he has more freedom with Lifetime than ABC, which the show was originally produced for.

“With Desperate Housewives, on every episode and every other episode we had notes from the Broadcast Standards & Practices over concerns with lines or showing too much in one scene. So far, I’m on my 23rd episode with Devious Maids and maybe received one note about it. So I’ve felt that there’s a relaxed attitude about it, not that doing we’re doing anything particularly racy,” he told Deadline.

“I would say the biggest difference between cable and network is that since they asked me to do 13 episodes this season, it’s a much saner process. I have more time at the onset of the season to work out my storylines and plot. That makes all the difference in the world. I’m more prepared and that’s because I have more time to do the work. I can’ t think about doing 23 episodes a season.”