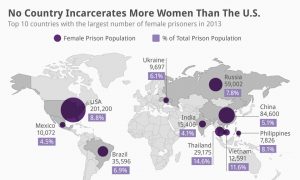 No Country Incarcerates More Women Than The U.S. (Infographic)
0 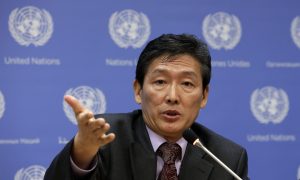 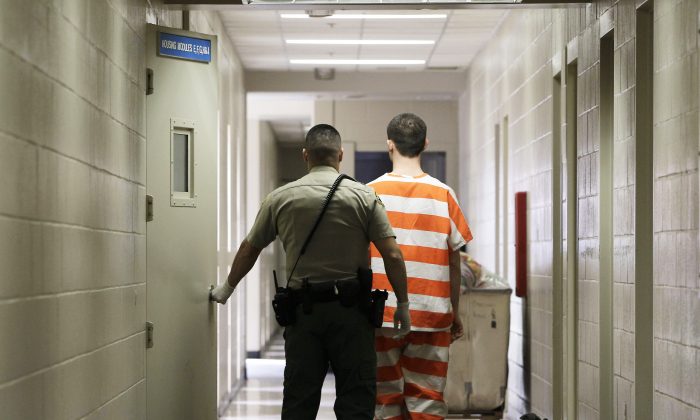 An inmate at the Madera County Jail is taken to an inmate housing unit in Madera, Calif., Feb. 21, 2013. (AP Photo/Rich Pedroncelli, file)
US

NEW YORK—For Martin Schoenteich and his colleagues, people accused of crimes who are detained but not yet convicted are part of an ongoing human rights crisis. Schoenteich and the Open Society Justice Initiative (OSJI) have spent years studying and educating people about what’s known as pretrial detention.

“Generally our impression is that there’s a lot of ignorance about pretrial detention,” said Schoenteich, a senior legal officer with the OSJI. He helped author a report published in September about the situation globally.

Every third prisoner in the world is in pretrial detention, according to the International Center for Prison Studies. The conditions for those detained are often worse because of the transient nature of their situation. In addition, there are no typical chances to work or get access to education.

On top of that is the stigma of being detained.

“For the general public there’s this misunderstanding that when a person is arrested, they are guilty,” said Schoenteich. His organization found that about 3 million people globally are in pretrial detention, and about one in every six or seven prisoners in the United states.

In the United States, the piece of that pie is over 480,000 people, or more than 20 percent of the global total. The difference is that the United States has the resources to process people through the system relatively quickly compared to other countries where pretrial detainees can spend years in jail before being released or going to trial.

The exception, though, seems to be terrorism suspects.

“Suspected terrorists are often detained for a very long time—and are also dealt with separately in terms of the law,” said Schoenteich. “In a number of countries terrorists are detained under preventive measures.”

In Manhattan, just outside of the federal courthouse where the high-profile cases of Abu Ghaith (Osama bin Laden’s son-in-law and al-Qaeda spokesman) and Abu Hamza (accused of giving material support to al-Qaeda) were recently sentenced and tried is the Metropolitan Correction Center (MCC).

Both men, and others, have been held there in solitary confinement for long periods to await trial.

The MCC has long been a target of human rights advocates who argue that it violates the constitutional right of meaningful due process. It does that by cutting off contact with the outside world and by the sheer amount of time those accused spend locked up awaiting their day in court. Where others may spend weeks or months in pretrial detention, accused terrorists can wait for two years or more.

No Separate Justice, an advocacy group that regularly demonstrates outside the MCC, claims that solitary confinement conditions there are psychologically and legally damaging. The group, which did not respond to interview requests for this story, has said during recent public protests that solitary confinement is used as a “form of torture” to chip away at the mental capacity of detainees and hamper their ability to aid their defense, by severely limiting communication with the outside world.

According to Amnesty International’s Justin Mazzola, the vigils came about largely in connection with the case of Fahad Hashmi, a U.S. citizen imprisoned for his association with an acquaintance who was arrested for providing material support to al-Qaeda. A Pakistani-born U.S. citizen, Hashmi was kept in solitary confinement for three years at the MCC before going to trial. Sent to the federal “supermax” prison in Florence, Colo., after his 2010 sentencing, he remains there in solitary confinement.

Mazzola said that MCC is a little-known place in New York City, despite having held high-profile prisoners. Detainees there are also often placed under what’s known as Special Administrative Measures (SAMs) and can’t meet with an attorney or get a pencil or pen to write a letter.

“It goes against our sense of due process,” said Mazzola recently at the Amnesty International office in New York City.

In many ways it starts before the accused are in custody.

Andrea Prasow, deputy Washington director at Human Rights Watch (HRW), helped author a report published during the summer that takes a sweeping look at the process for prosecuting terrorism suspects, from the time that they are suspected of wrongdoing until they are convicted.

From her perspective, most troubling is how the process is carried out and the ripple effect it has. HRW has long examined counterterrorism and the criminal justice system and its work on Guantanamo led it to look at the U.S. justice system. HRW started with sting operations, such as that which led to the conviction of Faisal Shahzad, who attempted to set off a car bomb in Times Square in 2010.

As Prasow and the HRW team traveled the United States to talk with Muslim-American communities, people repeatedly pointed out a bigger picture.

“The untold story connected to these cases is the impact on the Muslim-American community,” said Prasow. She described the overarching sentiment in those communities as being that the U.S. government was out to get them.

“What I think is not understood is the severe impact that the FBI and prosecutorial process is having on other Americans,” said Prasow.