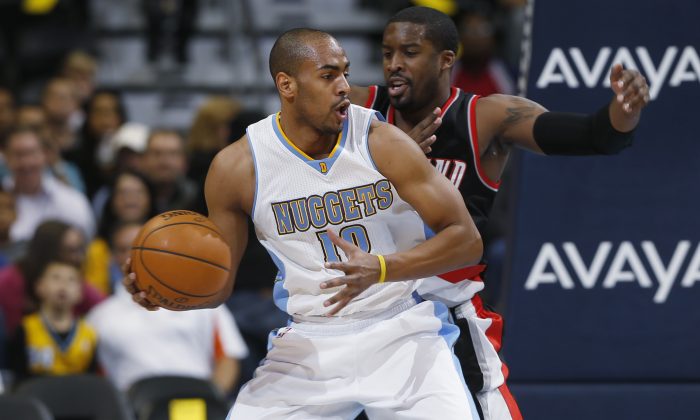 The Portland Trailblazers have acquired Arron Afflalo from the Denver Nuggets, according to a report.

The Nuggets will also get a second-round draft pick.

The Blazers will get Alonzo Gee in addition to Afflalo.

Afflalo is expected to become the sixth man for Portland, which is currently holding homecourt advantage for the playoffs in the tough Western Conference.

Afflalo, 29, has a player option next season, which had driven down the price for a trade.

Although he regressed with the Nuggets, Afflalo has been considered one of the top shooting guards in the league in recent years, and could see a resurgence on a contending Portland as opposed to Denver, which fell out of playoff contention fairly early in the season.

What Would Arron Afflalo, Wilson Chandler Bring to Contenders?