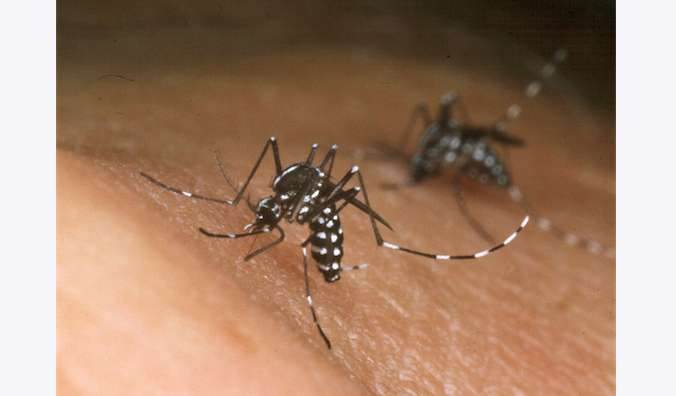 An epidemic of dengue fever in southern China’s Guangdong Province has led to 6,089 cases as of Sept. 22, with two deaths, according to the Guangdong Provincial Center for Disease Control and Prevention.

Beginning from May 1, the number of cases of dengue fever, a tropical disease transmitted by mosquitoes, has been about 10 times over the cases last year, and the most in about a decade in China.

The most severe outbreak has been in Guangzhou, the capital of Guangdong, where 85 percent of the cases are located. The two deaths, both seniors over 70 years-old, are also in Guangzhou.

The number of cases has increased rapidly, with 3,800 new infections in the past 10 days.

Guangzhou started daily reports on the outbreak from Sept. 21, and 177 mosquito monitoring spots have been set up in the city.

Dengue fever is spread through mosquitoes that carry the dengue virus, a disease that causes fever, skin rash, headaches, and muscle and joint pains. Severe cases can result in fatal bleeding.

Disease control authorities in Guangdong have called for citizens to clean up pools of stagnant water than can be breeding grounds for mosquitoes, and to visit the doctor immediately if developing symptoms.

The National Day holiday that will go for one week beginning from Oct. 1 may spread the disease elsewhere in China, as millions travel to and from Guangdong Province, disease control authorities warned.