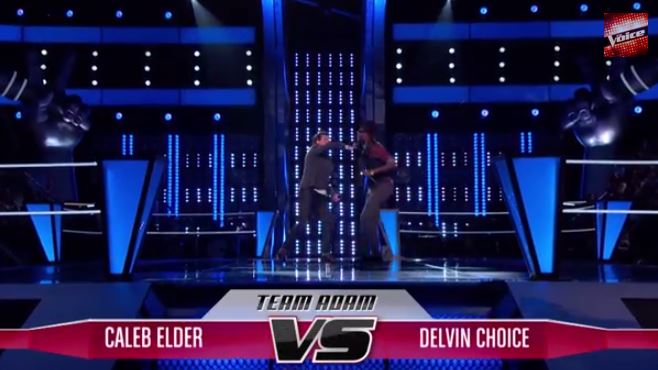 Delvin Choice vs Caleb Elder on The Voice: Watch Video, See Who Was Eliminated

The battle rounds have started on The Voice on NBC, with two singers going head to head to see who will stay in the competition.

Once the head of the team decides who will stay,  the other mentors-judges will have the chance to steal a singer who was not chosen to give them another chance to compete.

Here were the judge’s reactions:

Blake: He can tell they were having fun and he loved that, but there were a lot of problems with the performance. It was almost like their nerves got to them and they were trying to overcompensate for it.

Usher: He can tell Adam is pushing them to be their best.

Shakira: It was a fun performance.

But who won? And was the loser stolen?

See the video below.