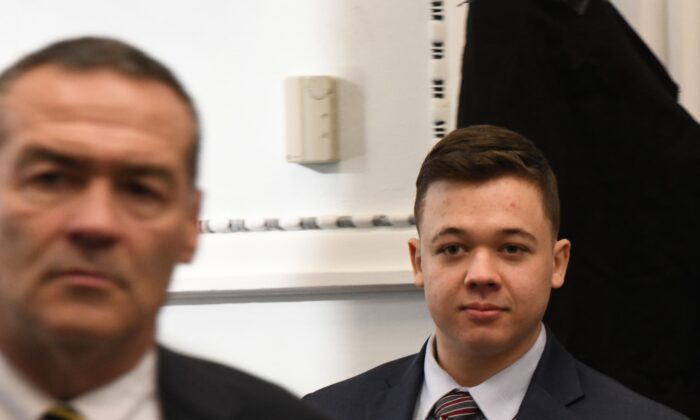 Attorney Mark Richards said Monday that if he were to offer advice to Kyle Rittenhouse, it would be to “change his name and start his life over.”

Richards responded to a question from a Fox News reporter about several Republican members of Congress offering to have Rittenhouse as a congressional intern. He balked at the suggestion.

“A lot of people want to use Kyle for their own means. I think the way that Rittenhouse’s name right now has trended on Twitter and that’s what we live in is a Twitter society, people want to use his name, get it out there so they can get some publicity. I think it’s cheap. That’s what I think,” Richards said in the interview Monday.

When asked what advice he would give Rittenhouse, 18, Richards said the teen should “start over.”

“I heard you say, ‘Look, it’s up to Kyle,’ and you and the other attorney who—he obviously had good relationships with both of you and you talked about the struggles of dealing with this case—but what is your advice to him about how he should live his life?” Richards said. “He’s got a lot of big decisions to make about whether or not he goes to college and keeps his head down and gets on with his life or becomes a symbol for certain things that people would like him to be a symbol for.”

Rittenhouse, who successfully argued that he acted in self-defense, was acquitted on all five charges in the shooting deaths of two men and injuring a third during a night of chaos in Kenosha, Wisconsin, on Aug. 25, 2020.

“My advice would be to change his name and start his life over,” Richards also said. “He’s very recognizable right now. A lot of people that I don’t think have his best interests at heart.”

He continued to say that “a lot of people will use you for their own purposes and you won’t be able to control it. We’ve had that talk with Kyle. It’s a fine line where he decides to go. Ultimately I hope he makes the right choices. I would think his life would be easier being anonymous and going on with his life as opposed to try to keep his supporters happy.”

In a separate interview last week, Richards also blamed social media and legacy news outlets for spreading what he called “not the true story” of the events in Kenosha after they occurred. That was “something we had to work to overcome in court,” he said.