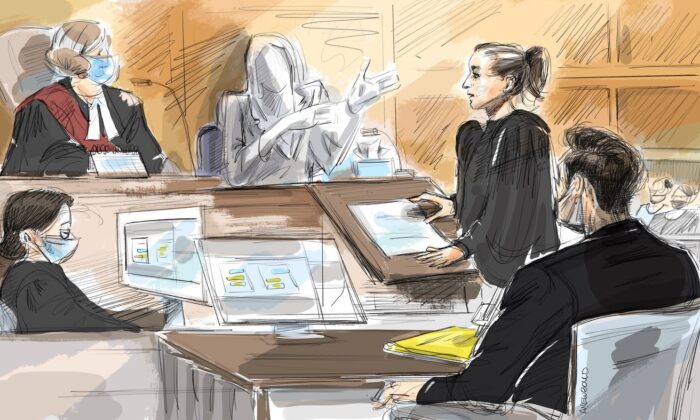 Lawyers for Jacob Hoggard are suggesting a young woman expressed “sexual interest” in the musician in messages before an incident in which she alleges he violently raped her.

The woman, who is one of two complainants in Hoggard’s sex assault trial, is being cross-examined by the defence in a downtown Toronto courtroom.

Defence lawyer Megan Savard suggested this morning that the woman, who was 16 at the time, was reciprocating Hoggard’s sexual interest as they exchanged messages in 2016.

The woman replied that while she may “potentially” have expressed sexual interest in Hoggard, she never said she wanted to have sex with him or discussed any plans to have sex.

Hoggard has pleaded not guilty to two counts of sexual assault causing bodily harm and one of sexual interference, a charge that relates to the sexual touching of someone under 16.

The woman began her testimony Thursday, saying she met Hoggard on a few occasions at concerts and fan events for Hedley, the band he fronted, and they began messaging each other after a meet-and-greet in April 2016, when she was 15.

She testified the messages grew romantic and sexual over time, and Hoggard told her he loved her and saw a future with her.

The woman alleged that he groped her backstage at a show a few weeks after they started texting and, in the fall of 2016, repeatedly raped her vaginally and orally in his Toronto-area hotel room.

An agreed statement of facts says Hoggard had a sexual encounter with her at a hotel on Sept. 30, 2016.

The document says he also had a sexual encounter with another woman, the second complainant in the case, on Nov. 22 of that year.

Neither complainant can be identified under a publication ban, nor can several witnesses.