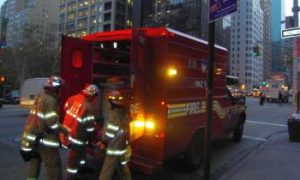 Rules on World's Most Deadly Pathogens Could be Revised
0 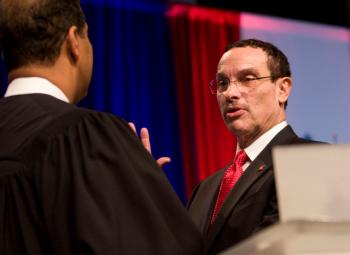 By Lisa Fan
Print
WASHINGTON—Vincent Gray was sworn in as the District of Columbia’s new mayor shortly before noon, Jan. 2, at the Walter E. Washington Convention Center. Gray said in an interview that his toughest challenge will be job creation, which he will start to work on immediately. During his inaugural speech, Gray talked about promoting jobs and education.

Gray had been D.C. City Council chairman. Previous mayor Adrian Fenty lost voter support over controversial changes to the district school system. Critics accused him and school system Chancellor Michelle Rhee of pushing an overly business-friendly agenda, which disregarded the wishes of parents and was disrespectful of teachers. Rhee resigned in October 2010.

At his inauguration, Gray said, “While some choose to focus on the racial or economic differences in this city, make no mistake: there is far more that brings us together than there is that drives us apart. This is One City… Our City…

"The next chapter in the history of the District of Columbia won’t be written by a single author, but with the pens of 600,000 residents from all eight wards and all walks of life committed to a vision of One City. Our City. Join me in declaring that we won’t settle for even one child being undereducated. That we won’t accept people being out of work. That we won’t tolerate crime, and we won’t stand for disenfranchisement. Let’s get to work.”

According to his official biography, Gray has spent 30 years in public service. He is a native of Washington, who grew up in humble circumstances with parents who did not finish high school. His deceased wife was an educator in the D.C. public school system.