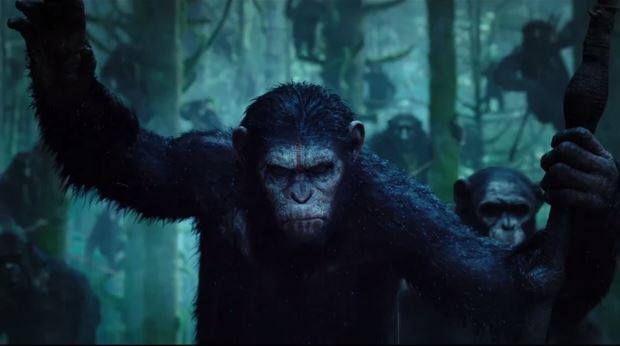 Dawn of the Planet of the Apes: Teaser Trailer Indicates War Between Humans, Apes

The trailer gives glimpses of the all-out war that has developed between the genetically evolved apes (led by Caeser) and a band of human survivors.

“They reach a fragile peace, but it proves short-lived, as both sides are brought to the brink of a war that will determine who will emerge as Earth’s dominant species,” according to the IMDB description.