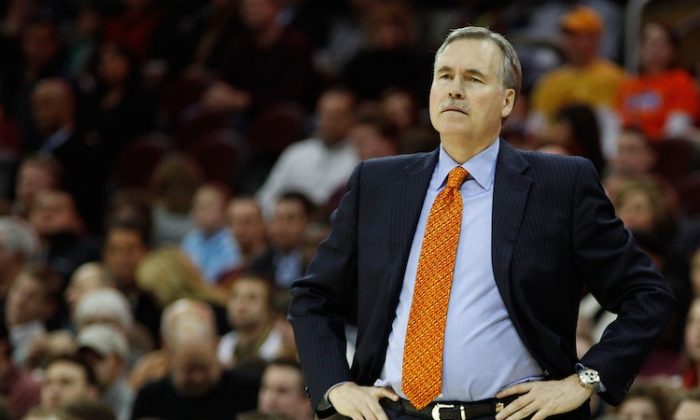 D’Antoni Out as Knicks Coach

Mike D’Antoni is out as coach of the Knicks.

Knicks senior vice president, basketball operations and interim general manager Glen Grunwald announced Wednesday that it had been mutually decided that D’Antoni would no longer coach the Knicks, according to a release on the Knicks website.

“After speaking with Mike this morning, we mutually agreed that it would be best for the organization if he did not continue in his role as coach of the Knicks,” said Jim Dolan, executive chairman of The Madison Square Garden Company. “Mike is a class act and true professional, and we have appreciated his honesty, commitment, and years of service to the organization.”

D’Antoni was 121-167 as coach of the Knicks since his hiring on May 13, 2008. The team made the playoffs last season and is currently eighth in this year’s standings, but has lost six straight games.