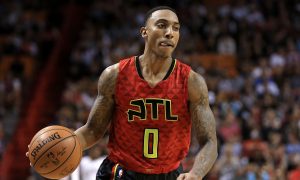 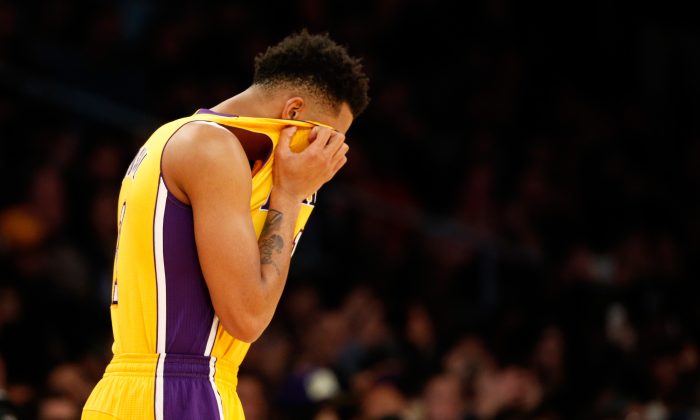 The video appears to be made by Russell—though it doesn’t appear to be posted by him and has gone viral on Twitter, causing a rift between the 20-year-old and the rest of his team.

In the video, Russell asks Young, “You was 30 and she was 19?” referencing Young’s age and the age of another woman that Young said that he met in a nightclub.

“What about Amber Rose?” Russell later says, mentioning another celebrity.

“No, she knows my girl,” Young is recorded as saying.

According to ESPN sources, various Lakers officials are dismayed with Russell, but haven’t intervened. “Right now,” one source said, “they’re handling it by isolating him.”

A team insider said, “This was a prank gone wrong and a mistake by [Russell], and he has to be held accountable, but I would hope he isn’t overly criticized for it.”

The Lakers are a mess after D’Angelo Russell filmed Nick Young saying he cheats on Iggy https://t.co/CX5l7bv1l7 pic.twitter.com/FzjUqOTBBk

One ESPN source said that at a recent team breakfast, no one would sit at Russell’s table. The same source said that when Russell entered the locker room and sat next to guard Lou Williams, Williams got up and walked away.

“It’s bad,” a source told ESPN.com’s Ramona Shelburne. “It’s about as bad as it can get. There were trust issues already. Now there’s no trust.”

The Lakers’ recent play seems to be validation that the locker room rift is real. L.A. was embarrassingly blown out Monday at Utah by a 123–75 score. The 48-point loss matched the largest in the 68-year franchise history.

hmmm i see D Angelo Russell is trending… I actually liked his film. Thanks bro.