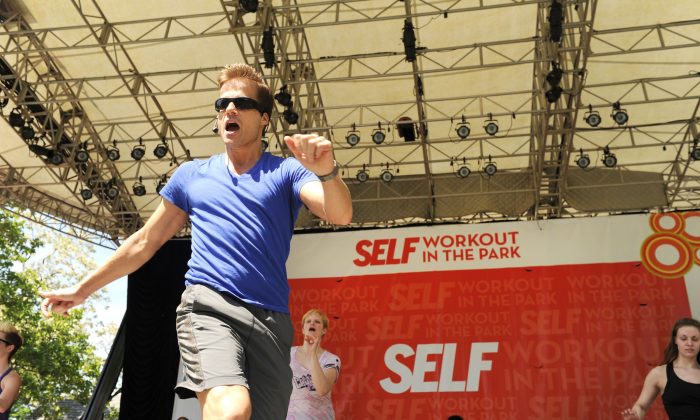 Louis Van Amstel attends Self Magazine's 19th Annual Workout In The Park on May 12, 2012 in New York City. (Photo by Craig Barritt/Getty Images for Self Magazine)
Entertainment

Louis van Amstel teased a possible return to Dancing With the Stars for the 10th anniversary season.

Amstel took to Twitter this week to inform fans of the development.

“I don’t want to confirm anything I can’t, but there’s a good chance I’ll be doing the 20th season of #dwts,” he said.

“YAY! I hope so Louis!! You always bring the creativity and emotion!! XO!” said another.

Amstel also added some details about the upcoming season.

“I have a hunch season 20 of DWTS is going back to what made the show great to begin with more ballroom, clothes haha #romance,” he said.

Amstel was on DWTS for multiple stretches, including the first three seasons and season 15.

His highest finish was in season 9, when he and partner Kelly Osbourne finished third. He also got fourth in seasons 2 and 3 and fifth in season 10.

Amstel’s news comes after executive producer Rob Wade said that the 10th anniversary season gives the crew a chance to bring back some of the former pro dancers.

“It gives us an excuse to bring back some of the favorite themes — Disney, for example. We want to do Disney again. We wanted to give it a rest this season, specifically because we wanted to bring it back for that year. We want to bring back Latin night, which is a great, exciting night as well,” he said.

“Again, this isn’t definite, but there could be classical night as well. It also gives us a chance to bring back our pros, whether it’s all-time pros or ones that appeared in challenges, some of the faces, perhaps, that you haven’t seen for a while.”