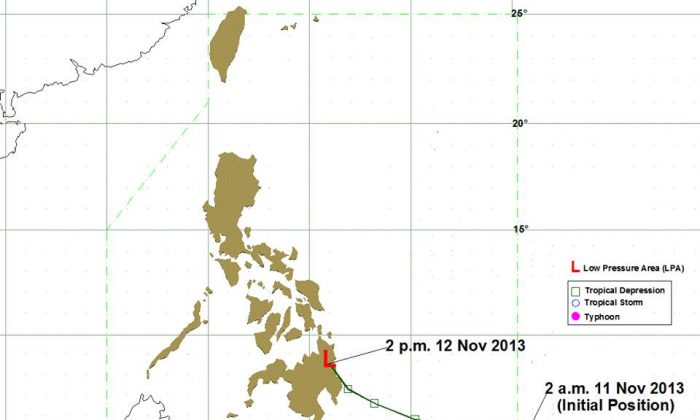 Cyclone Zoraida, a tropical depression, was mostly following along the same path as Typhoon Yolanda (Haiyan) after it made landfall on Tuesday.

But as of Tuesday night it had weakened into a low pressure area, PAGASA, the weather agency, said.

While it’s eye or center was estimated based on all available data to be in the vicinity of San Francisco, Agusan del Sur, all public storm warning signals were lifted, and unless the storm re-intensifies, PAGASA won’t issue any more bulletins on the storm.

The storm had been bringing in heavy rains to provinces that were heavily affected by Typhoon Yolanda–which killed thousands of people–and areas affected by October’s 7.1 magnitude earthquake.

[View the story “Cyclone Zoraida Headed Toward Philippines” on Storify]