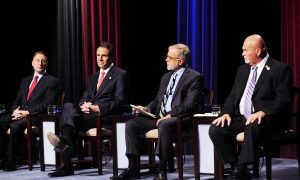 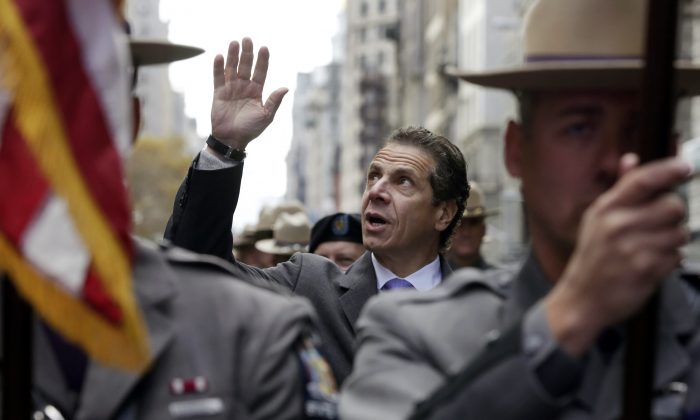 The legislation authored by Sen. William Larkin, a Hudson Valley Republican and combat veteran of World War II, would amend current law that provides up to three years’ credit toward public employee pensions for military service during hostilities.

Veterans would have to pay 3 percent of their compensation during those military years to the retirement system.

In his veto message on Friday, Cuomo said it’s an unfunded mandate on local governments that would incur $57 million in near-term obligations while ignoring recently enacted pension reforms. The measure would apply to every past member of the armed forces who is a member of any public employees’ retirement system.

“If enacted, this bill would run roughshod over systemic reforms carefully negotiated with the Legislature to avoid saddling local property taxpayers with additional, unmanageable burdens,” Cuomo wrote. He noted that the state associations of counties and mayors, and the New York City mayor’s office all voiced opposition.

A memo from Mayor Bill de Blasio said it would cost the city about $18 million a year and that a police officer with 17 years of service could qualify for a 20-year retirement.

The Assembly passed the bill 133-1 on the last day of the legislative session in June.

Assembly sponsors said the United States now depends on a volunteer military, and to encourage citizens to join, the state needs to recognize all veterans by giving them pension access.

“Our veterans deserve this legislation,” Larkin said in a statement when the legislation was sent to Cuomo two weeks ago. “It fixes a loophole that has excluded countless servicemen and women who served honorably. This has been especially difficult for women veterans who have not had the opportunity to serve in combat positions and have been excluded from many of the previous service credit bills.”

Larkin said Monday that he was extremely disappointed and would meet with staff to determine the best way to go forward. He questioned the administration’s $57 million estimate, saying the cost would be far less.