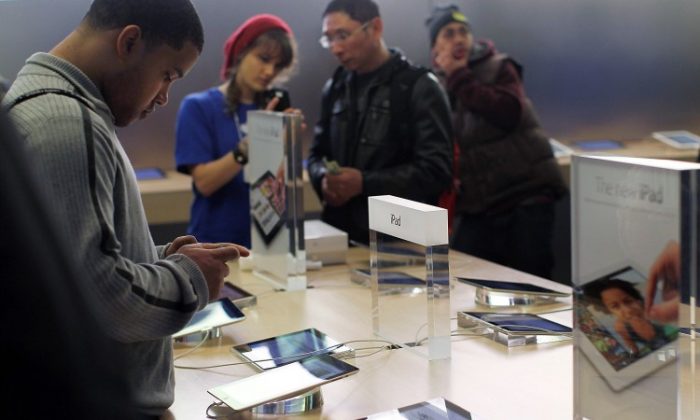 Crowds gathered to greet the new iPad, popularly called the iPad 3, around the world as Apple stocks hit an all time high of $600 per share.

The first iPad3 purchasers were in Australia, with the country’s phone and data operator Telstra opening stores at midnight, a full eight hours before Apple’s own stores opened. While crowds were somewhat muted compared to previous releases, there were still a large numbers waiting outside the Cupertino giant’s stores around the world.

The new iPad has retina display, with twice the resolution of the previous model, as well as a quad-core graphics processor. Some of these iPads also support 4G LTE networks.

A bevy of app makers have announced support for the Retina display, which results in crisper graphics on screen, including tablet competitor Amazon. Amazon, which produces its own low-cost tablet called the Amazon Kindle Fire, upgraded its Amazon iPad app to support the high-res display.

Apple is reported to have sold over 55 million units of its iPad tablet since the device was first launched. Analysts expect that number to double in the coming year.

Apple’s stock price burst past $600 before falling back down to $585 at the end of the day, briefly putting the company at over $550 billion in valuation.