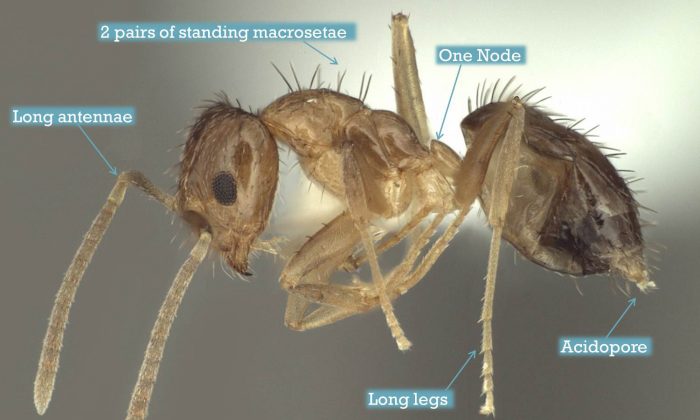 A “crazy ants” invasion has spread from southern Florida to Texas, and even NASA officials are forced to deal with the pests, say recent reports. The “Tawny crazy ants,” as they are officially called, are an invasive species from South America.

The University of Texas is warning that the omnivorous ants can starve out other insects that they don’t kill and might be able to potentially change the ecological balance of the United States, CNN reported. The ants can even wipe out the dreaded regional fire ant.

“Perhaps the biggest deal is the displacement of the fire ant, which is the 300-pound gorilla in Texas ecosystems these days,” Ed LeBrun with the University of Texas’ Brackenridge Field Laboratory in the College of Natural Sciences, said in a statement.

“Crazy ants” don’t sting or bite like some other species of ants but they pose other problems.

He added, “The whole system has changed around fire ants. Things that can’t tolerate fire ants are gone. Many that can have flourished. New things have come in. Now we are going to go through and whack the fire ants and put something in its place that has a very different biology. There are going to be a lot of changes that come from that.”

The ants can nest in walls, house plants, empty containers, and in crawl spaces.

According to Reuters, large swarms of the ants have been discovered at NASA’s Johnson Space Center in Houston.

“We are principally concerned about the possible damage to infrastructure such as electronics, employees’ automobiles, and our facilities,” NASA Houston Facilities Management and Operations Chief Shelia Powell told the news agency.

NASA said it enlisted the help of a local extermination company.