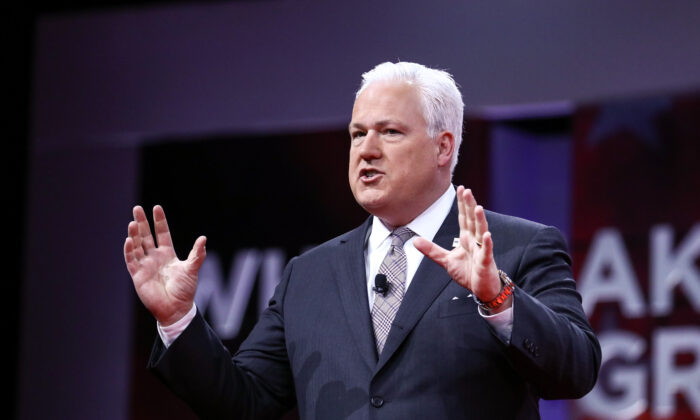 If this is Thursday, it must be CPAC.

Well, sometimes it appears that way because the conferences of the Conservative Political Action Committee seem to roll around with surprising rapidity.

I’ve attended maybe a half-dozen of them over the years, starting around 2006, when I spoke on behalf of the fledgling Pajamas Media (now PJ Media).

For the most part, I have been just another of the media grunts, roaming about, observing the scene that is part social event, part book sales festival, and part opportunity for candidates to show off their speaking skills—an audition, as it were, for whatever office they might aspire to.

It’s pretty much fun, and when Donald Trump is speaking—as he will be this time—he garners more than the usual attention as he always does. It’s standing room only.

But, to be honest, the event doesn’t amount to all that much because it’s a conclave of people who largely agree with each other, applauding each other. At best, you learn a few new things at the margins, maybe make a few new friends or contacts. Nothing wrong with that, but it is what it is.

The world is aflame—globally and domestically. From Ukraine to Canada to our home front with its open border, drugs, and crime everywhere, runaway inflation, empty food shelves, mandates, masked children, critical race theory, a president who doesn’t seem all there with a vice president whose knowledge of foreign affairs, I believe, is an embarrassment to our country and on and on, there has never, to my knowledge, been a CPAC at a moment remotely like this.

Just as I type this, I am reminded how grave the situation is by something that surfaced only hours ago. A tweet, in response to a supportive tweet for the Ukrainian people from Taiwan’s president, got this reply from the Chinese regime mouthpiece the Global Times:

“Taiwan is eager to grab attention from the Ukraine issue. But there is no dispute over Ukraine’s sovereignty despite disputes on its borders. Taiwan’s sovereignty has never existed. It’s only a matter of time that your secessionist regime will be eradicated.”

Eradicated? Taiwan? The maker of so many of our computer chips. And you thought Ukraine was dicey.

Meanwhile, our own society is more split than in any of our lifetimes. People talk about secession and even civil war.

In a few hours, I will be getting on the plane to Orlando, Florida, from Nashville, Tennessee, to attend the conference. Maybe I am going in the wrong direction. Maybe it’s too late for what Churchill called the “jaw-jaw.”

Maybe it would be better for me to head west to support the American truckers on their procession east.

Or perhaps, there is something else I can do—something you also can do.

If I were running CPAC, which obviously I’m not—Matt and Mercedes Schlapp have been doing it competently for years—I would try to make this the Action CPAC. To borrow Lenin’s words (not his ideology), “What Is To Be Done.”

Needless to say, there will be a lot of talk about winning the midterms, but I don’t mean that. November is a long way off and even winning that election may not be enough.

And the way things are moving, waiting for November is a luxury the world can no longer afford.

I hate to seem gloomy because I am by nature an optimist. But I would like to see us all come home from CPAC with genuine thoughts on what to do, not just an autographed copy of someone’s latest conservative book.

As they say, developing.