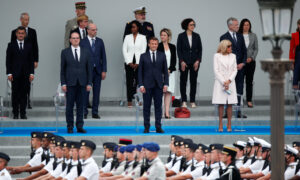 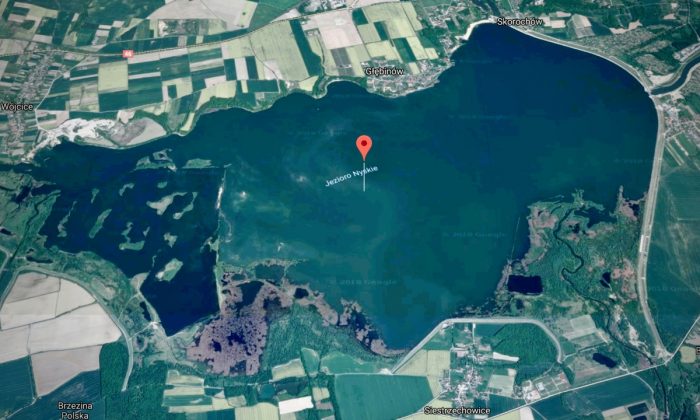 Nyskie Lake, Poland. The location where a cow headed to the slaughterhouse broke away and evaded recapture. (Screenshot via Google Maps)
Europe

A cow in Poland that was facing slaughter made an escape worthy of an adventure movie epic.

Instead of getting into a truck headed for the slaughterhouse, the cow rammed a metal fence and charged toward a lake. When the farmer attempted to get the cow back, the cow broke a farm worker’s arm, the Independent reported.

According to Daily Mail, the workers were advised to tranquilize the cow before getting it on the truck—advice they ignored.

The cow again made a break for it, heading to an island in the middle of Lake Nyskie in southern Poland. The farmer, known only as Mr. Lukasz, told the Independent that he saw the cow dive underwater during the ordeal.

Lukasz tried for a week to get the cow back before conceding defeat. He decided to supply the cow with food so it would survive while efforts to recapture it continued, according to the Independent.

The cow escaped the island when firefighters arrived by boat. It swam to a nearby peninsula. The vet called in to tranquilize the cow had no remaining tranquilizing shots and needed to wait several days for more.

Pawel Gotowski, deputy commander of the fire brigade in the town of Nysa, told the Daily Mail that it was impossible to get within even 230 feet (70 meters) of the cow and that the cow was very frightened.

The Independent reported that a local politician said the cow will live out its life in peace on the island.

In January, People reported that a cow had escaped slaughter in Warsaw, Poland, and went to live with a bison herd. Experts plan to intervene in that situation, once the weather gets warmer. They want to prevent the cow from mating with the bison. They are worried that the resulting offspring could harm the cow during birth. They are also concerned about what a half-bison half-cow offspring could do to the bison gene pool. Bison are endangered in the area.