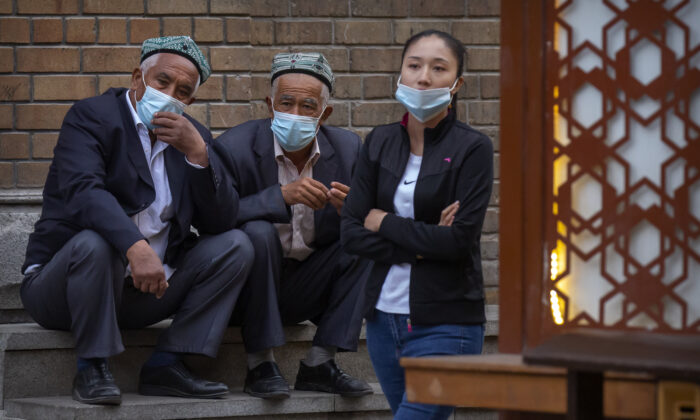 Activists concerned about forced labour have lost a court bid for a general ban on the Canadian importation of all goods from the Xinjiang region of China.

The Federal Court has rejected their application to overturn a Canada Border Services Agency decision that said the agency had no authority to enact such a ban.

The court case was led by individuals including former cabinet minister David Kilgour, who died this month, and humanitarian group Canadians in Support of Refugees in Dire Need.

They wanted the border agency to generally prohibit the importation of goods from Xinjiang on the basis that they have been mined, manufactured or produced wholly or in part by forced labour, unless there is clear evidence no coercion was involved.

The activists accused the Chinese state of oppressing the Uyghur people and other ethnic minorities who are enlisted for involuntary labour in large work camps.

The federal government has expressed concern about documentary evidence of repression of Uyghurs and other minorities by Chinese authorities on the basis of their religion and ethnicity under the pretext of countering terrorism and religious extremism.

Ottawa says there are credible reports of human rights violations against Uyghurs and others in the Xinjiang region, including mass arbitrary detention, forced separation of children from their parents, suppression of religious and cultural practices, repressive targeting and surveillance measures, forced labour, forced sterilization and torture.

Under a tariff that flows from its trade deal with Mexico and the United States, Canada is obliged to prohibit the importation of goods produced by forced labour.

In January of last year, a border services agency official said in an email to the refugee group and the other supporters of a ban that it lacked authority to prohibit or regulate goods that might have been produced by forced labour solely based on their origin in a specific region or country.

Instead, the border agency focuses on producers or importers, rather than regions or countries, and the prohibition on such goods is applied on a case-by-case basis.

In her recent decision, Federal Court Associate Chief Justice Jocelyne Gagné said she saw no element of either the Customs Act or the tariff in question that imposed a duty on the border agency to make a decision such as the one sought by the refugee group and its allies.

Further, she said each shipment of goods that arrives in Canada is subject to an officer’s determination on origin, tariff and value, and such decisions can be appealed through administrative mechanisms.

The Canadian International Trade Tribunal has first-hand jurisdiction to review the border agency’s findings, and the Federal Court of Appeal has exclusive jurisdiction to hear appeals from the trade tribunal’s decisions, she noted.

Gagné said the border agency email was not subject to judicial review.

Even so, the applicants have not pointed to evidence that the current legislative scheme fails to prevent goods produced through forced labour from entering Canada, she added.