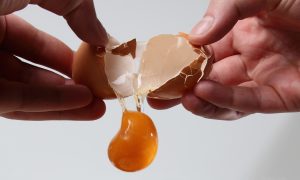 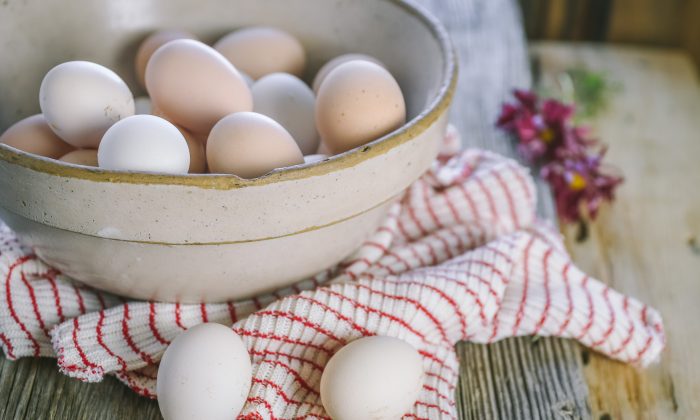 Couple Finds Abandoned Egg on Their Patio, and a Tiny Miracle Ensues

A couple said they were used to a Mallard duck laying its eggs on their porch as it had already done so four times in the past.

But they were surprised when the mother duck left the porch after only seven of nine eggs hatched. The weather, meanwhile, was about 106 degrees F outside.

“Because it was so hot (106), she had to get the ducklings to the lake about 1/2 mile away. We assumed that the 2 eggs left behind were duds, until the next morning when we heard one egg chirping. What a pleasant surprise to find life in one. The video shows what happened next,” the couple wrote in the YouTube description.

One of the two then held the cracked egg.

That’s when it began to move.

After a few minutes of struggle, the eggshell finally broke apart, revealing a duckling.

The uploaders didn’t provide any details, including the time or location.

Are Eggs Good for You?

The latest U.S. research on eggs won’t go over easy for those can’t eat breakfast without them.

Adults who ate about 1 ½ eggs daily had a slightly higher risk of heart disease than those who ate no eggs. The study showed the more eggs, the greater the risk. The chances of dying early were also elevated.

The researchers say the culprit is cholesterol, found in egg yolks and other foods, including shellfish, dairy products and red meat. The study focused on eggs because they’re among the most commonly eaten cholesterol-rich foods. They can still be part of a healthy diet, but in smaller quantities than many Americans have gotten used to, the researchers say.

The study has limitations and contradicts recent research, but is likely to rekindle the long-standing debate about eggs.

The new results were published online Friday in the Journal of the American Medical Association.

The researchers calculated that those who ate 300 milligrams of cholesterol daily—about 1 ½ eggs—were 17 percent more likely to develop heart disease than those who didn’t eat eggs.

The researchers based their conclusions on what participants said they ate at the start of each study. They took into account high blood pressure, smoking, obesity and other traits that could contribute to heart problems. Risks were found with eggs and cholesterol in general; a separate analysis was not done for every cholesterol-rich food.