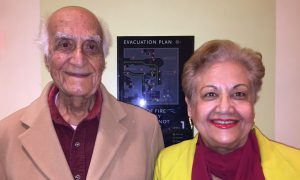 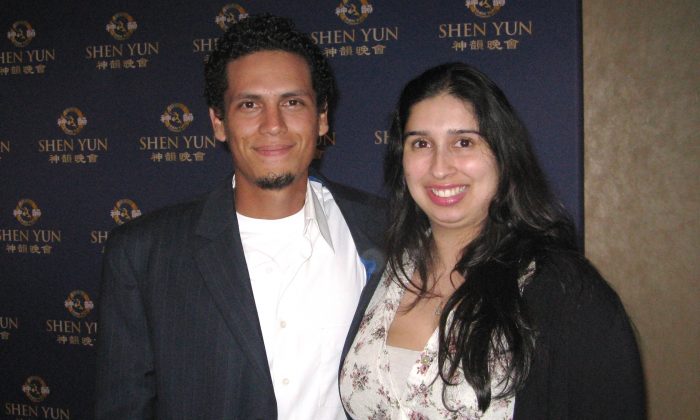 “There is nothing out there or anything that can stop you from believing who you are,” said Mr. Montoya. “The power comes from within.”

One may wonder how a classical Chinese music and dance performance could inspire such a reaction, but this is the phenomenon of New York-based, non-profit Shen Yun. It has earnestly carried out its mission of reviving the 5,000-year history of true, divinely inspired Chinese culture since its founding in 2006.

The couple gushed about the performance’s intricate choreography, colorful costumes, beautiful animated backdrop, and touching original music. But the real treasure of the experience was the richness of traditional Chinese culture.

“It was an amazing show,” said Ms. Martinez. “It wasn’t what I was expecting. I thought it was just going to be dancing and singing, which was originally what I thought, but I didn’t’ realize how in-depth the culture is.”

The company website explains: “Shen Yun artists believe that just mastering the surface of the art is not enough, as it is the heart of the artist that the audience feels. So they take the wisdom and values of traditional Chinese culture as part of their lives. These inspire them to nurture goodness in themselves on their path to artistic perfection.”

“You can actually see them express what they really feel with their emotions,” said Mr. Montoya of the performers. “It’s pretty deep.”

In one of the pieces, a dancer holds up a sign with the Chinese characters of truth, compassion, and tolerance. Mr. Montoya said learning these things would really benefit people.

“It makes you a better person, and it leads you to a better path,” he said.

According to the website, Shen Yun encompasses “a sea of traditional Chinese culture. Mortals and divine beings merge on stage as one. Principles such as benevolence and justice, propriety and wisdom, respect for the heavens, and divine retribution, all come to life, washing over the audience. Originating from Confucianism, Buddhism, and Taoism, these ideals are the essence of traditional Chinese culture.”

Overall, Mr. Montoya said the performance was thoughtful. “It was really, really good.”

“It was really enjoyable,” she said. “I loved it!”