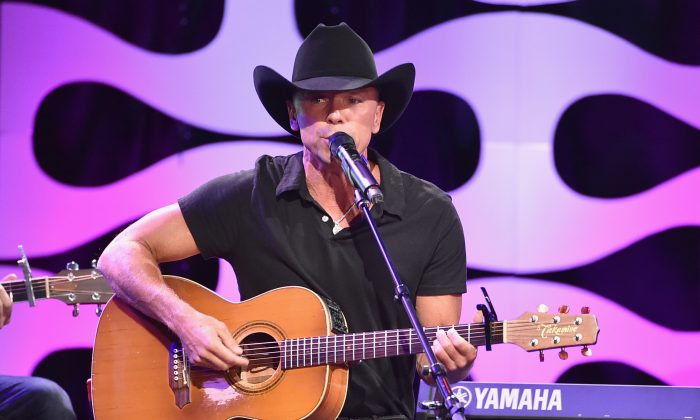 Country singer Kenny Chesney’s home reportedly was destroyed by Hurricane Irma as the storm passed through the U.S. Virgin Island of St. John.

In a heartfelt note he posted to Twitter and his own website, the singer said the loss was much more than just a single home.

“That place and the people mean so much more to me and my house,” he said in a Twitter post on Sept. 7.

“I don’t know what to say. I’ve never been in war, but the devastation, the people’s faces in a place I know by heart have left me feeling helpless. It’s total devastation”, he added.

The singer shared photos of the devastation on his post, but he was not on the island at the time the storm hit, NBC’s Today reported. Chesney has owned a few homes in St. John over the past years but he’s normally based in Nashville.

The emotional Twitter message was retweeted over 2,678 times and liked over 6031 times as of the evening of Sept. 11.

To help the community Chesney decided to create a new relief foundation called Love for Love City, aiming to assist with the recovery of St. John. Donations can be given at his website.

Before he created the foundation, Chesney said that he was also planning to help in some way.

“I don’t know right now how we’re going to do this. But I want to help. I want to enlist my friends to figure out the best ways to make a difference, to help in whatever ways, small or larger, that we can. I’m blessed with so many great people”, his twitter post said.

“These are people who live off the sea, who depend on it. They live right there, and it’s gone. Most everyone’s displaced. They are frightened, confused, and they don’t know where help is going to come from. Those lives have changed and will never be the same.”

In an update on his website, Chesney gave people multiple options to support the foundation including online via PayPal, mailing a check, or making cash contributions via Wire or ACH transfer.

In Florida, Hurricane Irma weakened from a Category 1 hurricane to a tropical storm on Monday morning, but it’s still producing heavy wind gusts and rainfall, the U.S. National Hurricane Center said in an 8 a.m. Monday update.

At 10 a.m. ET on Monday, Sept. 11, the Jacksonville Sheriff’s Office warned that San Marco, Riverside, Downtown Jax, Southampton, and Landon Park in Jacksonville are all under mandatory evacuation.