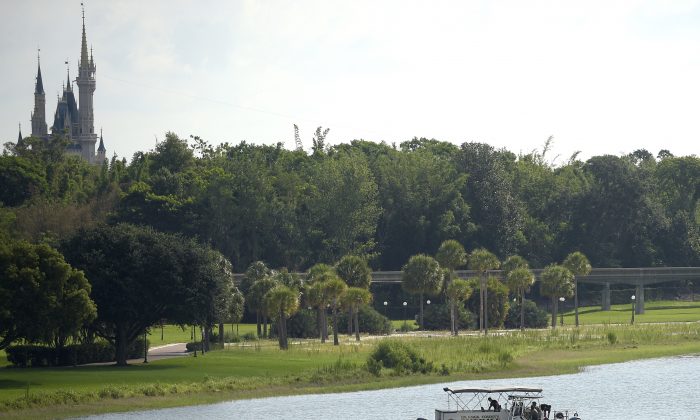 Could the Parents of Boy Killed by Alligator Sue Disney?

The family of the 2-year-old boy who was dragged to his death by an alligator at a resort near Disney World may have available legal options, say several lawyers.

Orange County Sheriff Jerry Demings on Wednesday confirmed that the boy, Lane Graves, was killed by the alligator, and his body was eventually located by a sheriff’s office dive team about 17 hours after his death. The boy’s body was found intact.

The sheriff’s office released a photo of the child, with the comment: “Deepest condolences to the Graves family. Thoughts and prayers are with you during this difficult time.”

Deepest condolences to the Graves family. Thoughts and prayers are with you during this difficult time. pic.twitter.com/nXaRrgjLhl

“No Swimming” signs are posted at the Seven Seas Lagoon at the Floridian Resort & Spa in Lake Buena Vista, Fla., but there are no notices warning of alligators.

Lane and his family were at the lagoon at around 9 p.m. on Tuesday night. While it’s unclear if the boy went into the water or saw the signs, questions remain about what kind of signage is needed or what responsibility Disney might bear in the death.

One lawyer thinks the Graves family has a claim against Disney.

“As the owner of the land that had the family on their land for profit,” Disney has a “duty to make safe any dangerous conditions, or at a minimum warn patrons of known risks,” for example, alligators,” Matthew J. Quinlan, a personal injury lawyer based in San Francisco, told Epoch Times.

“Disney was in a superior position of knowledge to know and appreciate the risk posed by the alligator presence in the lake. Failing to meet their legal duty led directly to a horribly tragic result,” he added.

Another lawyer believes that a “No Swimming” sign in waters where alligators could reside isn’t enough.

“A sign that says ‘No Swimming’ may not be sufficient because it does not prohibit wading in the water, and does not suggest that the water may be life threatening due to alligators. In fact it does not suggest danger at all, only that Disney does not want people swimming in the lagoon,” said Galen Criscione, a partner at law firm Criscione, Ravala & Tabatchouk that operates in New York, New Jersey, and Florida.

Disney, however, could contend that either the “family knew or should have know the risk of potential of an attack by an alligator” at the lagoon, Quinlan said, stipulating that “a warning that patrons should not swim” or wade “would have likely kept the parents from exposing the child to the danger.”

Defenders of Disney, including the Orange County Sheriff’s Department, say that the park has operated for 45 years without incident.

Criscione points out that the family, who is from Nebraska, may not have known that Florida has a significant alligator population. “The question in a lawsuit will come down to whether they ever had an idea that there were alligators in the area or if they should have known there were based on a reasonable person standard,” he told Epoch Times.

The boy’s family could invoke the attractive nuisance doctrine, which states that a landowner—in this case, Disney—could be held liable for injuries to children trespassing on the land if the injury is caused by an object on the land that could attract children, Criscione said.

Nick Wiley, executive director of the Florida Fish & Wildlife Conservation Commission (FWC), said in a press conference Disney has been “very proactive” in dealing with alligators. When Disney found alligators in lagoons near the resort, they were removed and euthanized.

Meanwhile, a number of legal experts—including Quinlan—don’t expect charges to be filed against the parents of the boy.