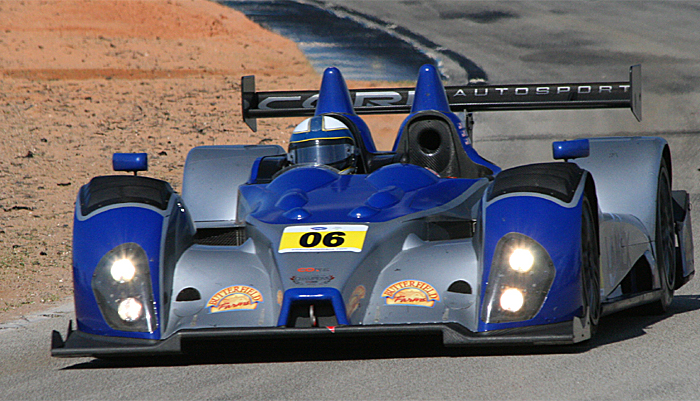 Popow will drive for Core through the full ALMS season; his co-driver for the rest of the year has yet to be determined.

Popow was part of the team which finished second in the 50th Anniversary Rolex 24 at Daytona, and had driven 12-hour and 24-hour GT races in Abu Dhabi and Dubai this year; 12 hours at Sebring are well within his capacity.

“I originally was planning to do the WEC season, but plans changed and I wanted to run in ALMS instead,” Popow said on the Core website. “I was looking for the best team, so I contacted some of the people I know best to ask their opinion—Peter Baron, Starworks team owner and Ryan Dalziel, who is a good friend of mine. Peter is good friends with Jon Bennett [Core autosport team owner] and Morgan Brady [Core autosport team manager] and of course Ryan drove for the team in 2011. They told me that CORE had a car available, a winning car that could fight for the championship with the right co-driver.

“I’ve never driven an LMPC car and I’ve never driven at Sebring. It’s going to be a challenge, but I have driven all types of cars all over the world—in 2012 I have already done two 24 hour events and one 12 hour – so I think it shouldn’t be a problem.

“My co-drivers are going to be great. E.J. Viso is a very good friend of mine. I drove with him at the 2011 24 Hours of Daytona. I know he can run up front with the right car. And Burt Frisselle is a great driver. We are just going to have to see how this race goes to figure out who will be my co-driver for the rest of the year.”

E.J. Viso is another Venezuelan driver gone global. Most of his experience is in formula cars, with some time in a European GT series ride, but he did drive a prototype in the Rolex 24 in 2011. 2012 will be his fifth year in IndyCar, where he currently drives for KV racing. He may run some ALMS races with Core depending on schedule conflicts.

Viso, 26, has at least turned some laps at Sebring, if not on the full course: IndyCar uses half the track for its preseason testing.

“I’ve always been a fan…