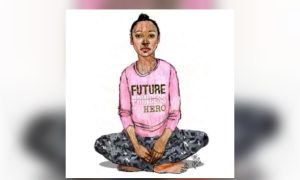 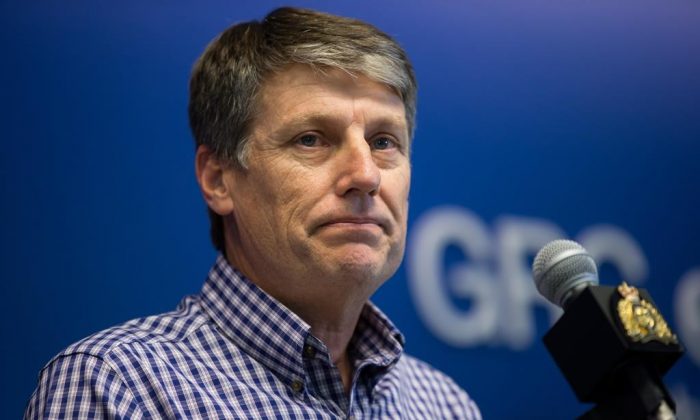 SURREY, B.C.—The father of an Australian man who was gunned down with his girlfriend while travelling on a remote British Columbia highway says the deaths are a tragic end to a love story between the inseparable couple.

Chief Insp. Stephen Fowler of the New South Wales Police Force said he spoke with his globe-trotting 23-year-old son Lucas Fowler within hours of his leaving on a road trip from northern B.C. with his 24-year-old American girlfriend Chynna Deese.

“Our son Lucas was having the time of his life travelling the world. He met a beautiful young lady and they teamed up, were a great pair and they fell in love,” Fowler told a news conference on Monday.

“We were overjoyed for Lucas. He came to Canada and he planned a trip in a van with Chynna,” Fowler said, adding his son had saved up his money after working in Sydney, Australia, so he could travel to B.C. and join the love of his life, he said of Deese, who had arrived from her home in Charlotte, N.C.

Fowler said the murders have devastated two families and nothing in his job as a police officer had prepared him for the news he received about his son’s shooting death on the Alaska Highway, where the couple’s bodies were found on July 15.

He joined the RCMP in appealing for any information that could help the investigation.

“However little, please contact police,” Fowler said of the couple who were driving a 1986 blue Chevrolet van with Alberta licence plates.

RCMP Sgt. Janelle Shoihet asked the public to take safety precautions and “remain vigilant” as the force investigates the couple’s homicides as well as the death of an unidentified man whose body was found four days later near the community of Dease Lake, about 470 kilometres away.

Two kilometres from the body, a burned-out vehicle was found and two teenagers who had been travelling to Yukon in the truck remain missing.

The cases have people in northern British Columbia on edge.

“With respect to public safety we share the concerns that are being raised, given the tragic and unusual nature of these two investigations that we have underway,” Shoihet said. “We would like to stress the importance of heightened vigilance and awareness for anybody travelling in and around the area. We encourage people to camp in known or established areas or locations.”

Travellers should inform their family about their plans and check in if plans change, she said.

“It’s unusual to have two major investigations undergoing of this nature in northern B.C. at the same time and so we recognize that there’s a possibility that these could be linked,” Shoihet said.

Police released a composite sketch of a man a witness saw speaking with the pair on the Alaska Highway, also known as Highway 97, on the evening of July 14.

Shoihet said the man was driving an older-model Jeep Cherokee with a black stripe on the hood and police would like him to contact them.

“We’re looking for anybody who has dash cam video,” she said, adding the man may have had a beard.

The RCMP has released surveillance video on its website of Fowler and Deese at a gas station in Fort Nelson on July 13, when they arrived at 7:30 p.m. and left 13 minutes later.

In the other case, the force also released a composite drawing of man who was found dead about two kilometres from a burned-out red and grey Dodge pickup truck with a sleeping camper, near Dease Lake.

Police also released a composite drawing of the dead man hoping for help in identifying him.

The two people who’d been driving the burned-out vehicle remain missing and police are appealing for the public’s help in finding them.

They say 19-year-old Kam McLeod and 18-year-old Bryer Schmegelsky are from the Vancouver Island community of Port Alberni and have not been in contact with their families.

BC RCMP are asking for the public’s assistance in locating 19 yr. old Kam McLeod & 18 yr. old Bryer Schmegelsky who have not been in contact with their family for the last few days & were driving the vehicle found on fire 50 km south of Dease Lake. https://t.co/achxhv1Dj0 pic.twitter.com/bFrqKucerL