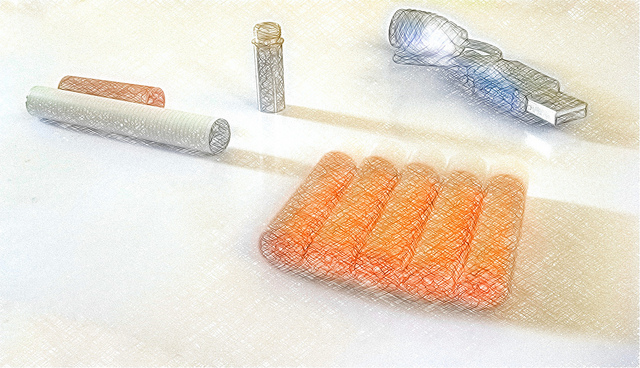 Something unprecedented is about to take place on television in the United Kingdom (U.K). After nearly fifty years a person will be shown on screen smoking and will be promoted by a big e-cigarette brand called VIP.

Not since the 1960s has this sort of advertisement been aired and considering the controversy behind it the green light has been given. This particular advertising commercial has been banned twice by the UK advertising regulator (The Advertising Standards Authority (A.S.A)) because the message was considered too sexy, according to a Businessinsider.com news report.

The slop chosen for this extraordinary event will be after 9:00 P.M., which is believed to be the time children are in bed for adult related content to be televised. For e-cigarette brands this represents a small victory given that they can create advertising campaigns around these products, which are supposedly an alternative to tobacco-based products.

Advertising budgets for e-cig ads have expanded in recent months in the UK along with economy making a steady recovery. Other electronic cigarette brands like Vapestick, BLU, SKYCIG along with VIP have been promoting and organizing ad campaigns that cost 32 million.

The popularity and rapid rise of e-cigs for the different consumer markets have made brands in this industry eager to expand their advertising efforts. The European Union (EU) passed new measures that will classify e-cigs as tobacco products. This means brands will be subject to the same advertising restrictions and possible increase taxation. E-cigarette UK is one of the many websites that comprehensively reviews all the different e-cigarette brands with a five star rating system.

Across the Atlantic, the United States has been readying similar regulatory measures for e-cigarettes. Exactly 29 attorneys have sent letters to the Food and Drug Administration where they request tighter rules around the advertising of e-cigs.

The pros and cons of e-cigarettes

E-cigs are no stranger to a debate and have to sides of the issue. For example, a Copd.about.com report highlights some of the arguments for and against them. Below they are as follows:

For the arguments against e-cigs they are the following:

E-cigarettes may be undergoing regulation, but it is still serves as an avenue for tobacco smokers to quit the habit. A report from Physiciansnews.com explained that according to a new study from the Center for Survey Research smokers that turn to electronic cigarettes on a daily basis for one month were more than likely to stop smoking.

As with everything that involves explaining habits such as smoking, the debate of whether or not people should do it comes down to how much willpower the person turn away the addiction. In addition, it is a matter of personal choice and everybody who consumes them knows the health hazards associated with it.

It is clear that e-cigs are the alternative to tobacco-based products. Nevertheless, these products can be just as hazardous because of the high concentrations of nicotine sometimes found in e-cigarette solutions. Use your best judgment when resorting to e-cigarettes and conduct ample research to know what you are going to purchase because at the end of the day your health is what is at stake.