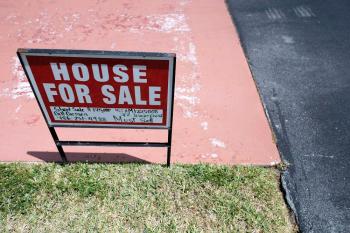 NEW YORK—Americans are set to scale back spending as a falling home prices and continued unemployment dent consumer income, a recent survey suggests.

The Deloitte Consumer Spending Index, which tracks consumer cash flow as an indicator of future spending, fell in March in the latest reading.

"Falling home prices and rising unemployment claims continue to be a drag on the index. Affordability is at an all time high in the housing market, but home price deflation gives potential buyers an incentive to wait while also reducing homeowners' ability to tap home equity through refinancing," said Carl Steidtmann, chief economist at Deloitte Research.

"On the plus side, the stimulus package is expected to boost consumer purchasing power, as should anticipated tax incentives this spring,” Steidtmann said. “The net result is that, while consumers are still in a holding pattern, the pace of decline in real consumer spending appears to have stabilized."

But even with the stimulus package and possible tax refunds, consumers are expected to hold onto their money tightly.

The Federal Reserve reported that the U.S. savings rate rose to 4.2 percent of income in February, a gigantic increase considering the rate was below zero as recent as early 2008. Consumers are also using whatever extra income to pay down debt, as U.S. consumer credit debt declined 10 percent in February 2009.

In light of tighter spending, the Deloitte experts recommended businesses to continue promotions and incentive pricing.

"Retailers can minimize the consumer's growing expectations of discounts by evaluating their price management strategies and processes," said Stacy Janiak, U.S. retail leader at Deloitte LLP. “A focus on inventory management, pricing execution, and product differentiation in addition to incentives and promotions can create greater demand for a retailer's merchandise and services. In this way, retailers will be better positioned to take advantage of greater consumer spending once a recovery is under way."

Wednesday was the deadline to file tax returns or extensions, and many U.S. consumers are now awaiting their tax refunds.

A recent AP poll suggested that this year, Americans will be more frugal than ever with their tax refunds—opting to pay down debt, pay bills, and save money in the bank instead of going on shopping sprees.

An Associated Press-GfK poll released this week said 44 percent of those surveyed intend to use their refunds to pay off credit card, utilities, mortgage, and other household bills. Thirty-eight percent of Americans did say they would spend part of the money, but on more basic needs than splurging on that flat screen television as in years past.

And what to do when if you have recession blues? Eleven percent of those surveyed said they would use the money to go on vacation this year.