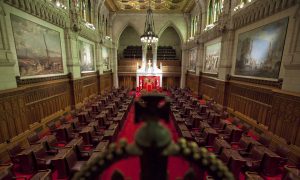 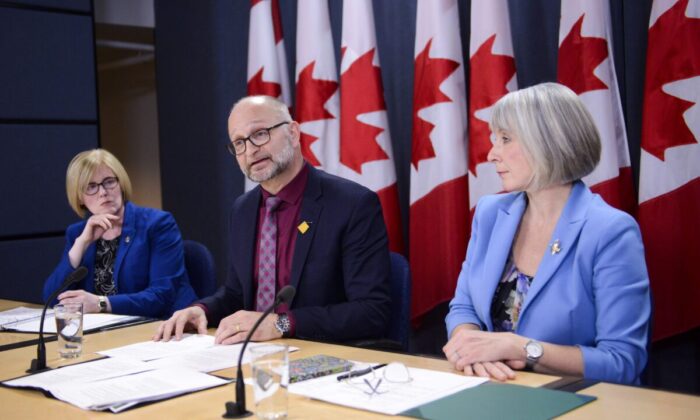 A recently tabled private member’s bill would give health-care providers the right to refuse participation in medically assisted death, while government legislation approved by the Senate on March 17 expands access to the procedure.

Introduced by Conservative MP Kelly Block on Feb. 18, Bill C-268 would make it a criminal offence to pressure health-care professionals including pharmacists to take part directly or indirectly in medical assistance in dying (MAiD).

Those who threaten, coerce, refuse to hire, or fire a medical professional for declining to participate in MAiD would face a sentence of up to five years.

“Freedom of conscience is one of the first fundamental rights laid out in the Charter of Rights and Freedoms and it is at the core of our Canadian identity,” Block said in a press release. “This private member’s bill is a response to calls from physicians and patients to ensure conscience rights for medical professionals.”

The legislation, cited as the Protection of Freedom of Conscience Act, was endorsed by Dr. Ellen Warner, a University of Toronto professor of medicine and a staff medical oncologist at the Odette Cancer Centre at Sunnybrook since 1993.

“In the absence of conscience protection, the group with the most to lose are the patients—the people we are all trying to help,” she said in the release. “If all physicians who treat incurable diseases must promote medical assistance in dying, then there will no longer be such a thing as a second opinion.”

Back in 2018, former Conservative MP David Anderson had introduced an identical private member’s bill. In May 2019, Alex Schadenberg, executive director of the Euthanasia Prevention Coalition, initiated a petition in support of the bill that garnered 3,784 signatures, but it did not become law.

The Liberals’ Bill C-7, which amends the Criminal Code to allow Canadians to access MAiD even if their natural death is not “reasonably foreseeable,” passed in the House on March 11 after passing in the Senate with amendments on Feb. 17. The Senate subsequently passed the House-approved bill on March 17.

The bill’s expansion of MAiD access to people even if they are not near death has raised concerns that it will put the lives of people with disabilities at risk, especially those from marginalized communities. And while the bill originally ruled out MAiD for people whose sole underlying medical condition is a mental illness, this has now changed. The provisions excluding this group are now set to expire in two years, during which time the bill will allow a new parliamentary committee to review outstanding issues surrounding the legislation including the issue of safeguards for the mentally ill.

“Nonetheless, physicians are being pressured. Some of them have their positions threatened,” he said in an interview.

“Let’s say they’re working on a floor and there’s going to be a MAiD death. And a doctor’s saying, ‘Well, we’re gonna have a MAiD death at two o’clock, and I need you to participate with me.’ Well, it isn’t so cut-and-dried if the nurse is free just to say no.”

“In Canada, where you have a plurality, you’ve got a culture filled with all different kinds of people from all over the world. Yet, you’re telling them they must participate in this, they must do this. Obviously, many of them hold different beliefs than others, so … you need to have conscience rights. It’s absolutely essential.”

“[W]e believe that people should not be compelled to provide or facilitate in the provision of MAiD,” the letter said. “[T]he right to self-determination and to act on one’s conscience is recognized as a fundamental freedom in all peoples.”

In 2017, the Christian Medical and Dental Society of Canada along with two other physicians’ groups and five individual physicians took the College of Physicians and Surgeons of Ontario to court over its requirement that doctors provide an effective referral for MAiD. Following a 2018 court decision rejecting their Charter challenge, the Ontario Court of Appeal in 2019 upheld that decision, ruling that physicians are legally bound to provide such referrals, regardless of their religious beliefs.

Trudo Lemmens, a University of Toronto professor of health law and policy, is surprised that medical associations would support Bill C-7 because physician standards of care require that the most radical and risky treatments are used as a last resort.

Lemmens, who was a member of the Council of Canadian Academies’ Expert Panel on MAiD, is disturbed by the Senate amendment that will bring MAiD to the mentally ill within two years.

“The minister of justice was saying it was a complex issue that needs further study, so they commit to providing it in two years without the House discussing in detail the reports that were prepared by the Council of Canadian Academies for that specific purpose,” he said.

“I think it’s reckless, it’s unprecedented from a governance perspective. It’s hugely problematic. I can’t understand why House of Commons members [would do that.]”