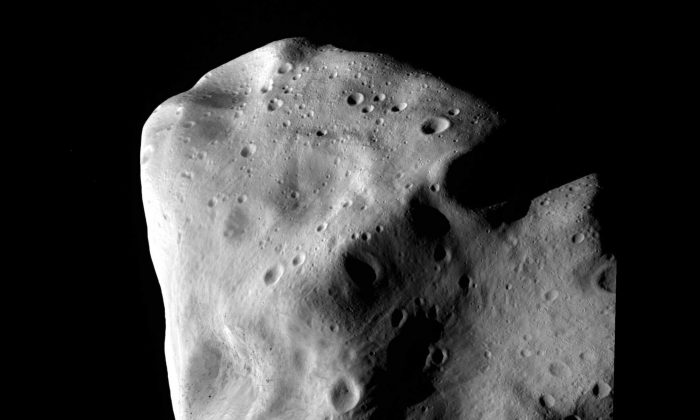 The Senate has passed legislation expected to spur the development of the space mining industry, by establishing property rights for minerals harvested in outer space and lengthening the period for which space companies would be exempt from certain regulatory bodies.

Passed with broad bipartisan support on Nov. 10, the U.S. Commercial Space Launch Competitiveness Act would vouchsafe the investments made by companies in the burgeoning space mining industry by guaranteeing that minerals they extract from asteroids are recognized as property in the United States.

The House version of the bill was passed in May, and President Obama is expected to sign it into law.

“This bill provides the boost America’s private space partners need as they lead the world into the future,” Rep. Lamar Smith (R-Texas), chair of the House Science, Space, and Technology Committee, said in a statement. “This bill will keep America at the forefront of aerospace technology, create jobs, reduce red tape, promote safety, and inspire the next generation of explorers.”

Rare earth minerals are abundant on asteroids throughout the solar system, including the six platinum group metals, and the value of minerals buried inside a single asteroid could figure in the hundreds of billions. The wealth has engendered a space age equivalent to the Gold Rush, and earlier this year the space mining company Planetary Resources successfully tested a prospecting satellite in orbit.

Planetary Resources President Chris Lewicki said in a statement he was proud to have support from Congress, and that “sensible legislation” has helped spur growth in new frontiers throughout history.

“The Homestead Act of 1862 advocated for the search for gold and timber, and today, H.R. 2262 fuels a new economy that will open many avenues for the continual growth and prosperity of humanity,” said Lewicki.

“This off-planet economy will forever change our lives for the better here on Earth,” he added.

H.R. 2262 skirts around the issue of sovereignty in outer space by recognizing only the haul, and not land stakes.

The best known piece of international law governing property rights in outer space can be found in the Outer Space Treaty, signed by more than 100 countries in 1967, which forbids countries from claiming off-Earth territories for themselves. H.R. 2262 skirts around the issue of sovereignty in outer space by recognizing only the haul, and not land stakes.

“This is a very thoughtfully worded piece of legislation that is sensitive to the existing Outer Space Treaty, and yet moves the ball far forward in terms of giving companies like [Deep Space Industries] the legal certainty we need to invest in capitally intensive missions and equipment,” reads a statement Daniel Faber, CEO of Deep Space Industries, another space mining company.

The bill also prohibits the Federal Aviation Administration from imposing higher safety standards on the space industry until Sept. 20, 2023, as part of a “regulatory learning period” designed to encourage investment in space exploration.