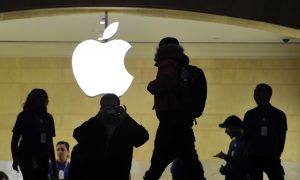 Patent trolls, companies formed for the sole purpose of buying up intellectual property to extort money from other companies with copyright infringement lawsuits, are on the agenda of Congress once again, after repeated failures to pass bipartisan legislation to curb the problem.

“In recent years, however, some bad actors have abused the patent system in ways that detract from its purpose,” Sen. Patrick Leahy (D-Vt.) said at a hearing on Wednesday. “Small businesses in Vermont have been threatened with patent suits simply for using office equipment they purchased off the shelf.”

For instance, in May, Google was ordered by a Texas court to pay $85 million to SimpleAir for the use of push notification messages on its Android operating system.

The burden imposed by patent trolls on the economy has steadily risen in recent years, with annual costs rising from $3.6 billion in 1984 to $61 billion in 2009. One study puts the cumulative cost of patent trolling from 1990 to 2010 at $579 billion.

The Innovation Act passed overwhelmingly in the House in 2013 to modify copyright infringement laws, but was held up in the Senate. Then Majority Leader Harry Reid (D-Nev.) was widely believed to be responsible for quashing the bipartisan bill due to lobbying from trial lawyers. The bill was reintroduced in the House in February, with 9 Republicans and 10 Democrats co-sponsoring the bill.

The burden imposed by patent trolls on the economy has steadily risen in recent years, with annual costs rising from $3.6 billion in 1984 to $61 billion in 2009.

The bill would shift some of the costs of the early stages of the lawsuits to the plaintiffs, and also make them pay more for the legal fees if they lost the suit. Copyright infringement reform is seen as necessary by both parties, and the question is not whether to pass patent reform legislation, but exactly how much is needed.

“Many have raised concerns that, if taken too far, litigation reforms like those in the House-passed Innovation Act would harm legitimate patent holders when they enforce their rights in court,” Leahy said. “I agree we must find a balance, which is why we worked for months last Congress on legislative text.”

The patent reform bill exists in multiple forms. One version introduced by Sen. Hatch (R-Utah.) in 2013 would require patent owners who are suing to post a bond so that they can pay the defendants’ legal fees in case they lose their lawsuit. The version that will likely become law will probably be less stringent but still shift some of the burden onto the plaintiffs in infringement cases.

President Obama has previously expressed support for patent reform, and would likely sign any patent reform bill passed by Congress.