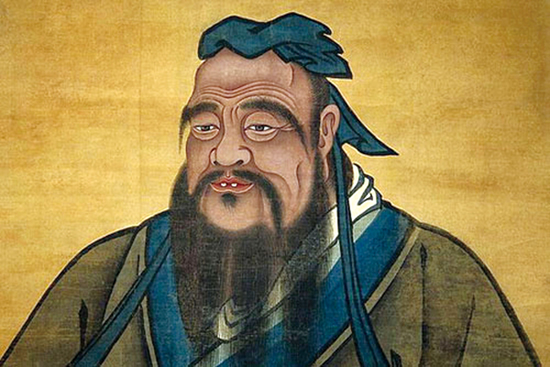 The ancients believed in the principle “sow nothing, reap nothing.” Confucius can be regarded as a perfect example. He never casually accepted remuneration gifted to him; much less did he steal others’ interests.

Some people think that Confucius remained poor all his life because he was not recognized by the world at that time. In fact, if Confucius had wanted to get rich, it would not have been difficult for him to do so. Yet he never did, because he never compromised his principles of life.

Once, Confucius met with the Ruler of Qi, who subsequently offered him a territory as remuneration called Lin Qiu (a land territory in nowadays Yuncheng county, Shandong province). Confucius thanked the Ruler of Qi but declined the offering immediately.

After Confucius came out of his meeting with the ruler, he said to his students, “I heard that a gentleman only accepts remuneration on the basis of his merits. Now I try to persuade the Duke of Qi to follow my advice. He has not yet implemented it, but rewarded me with Lin Qiu. He is far from understanding me.”

Then Confucius had his students prepare a carriage quickly. He said his farewells and left.

At that time, Confucius was merely a civilian. The highest position he ever held in his lifetime was Sikou (roughly similar to minister today) in the State of Lu.

No one can equate Confucius with those rulers who led more than 10,000 chariots. No other minister in history was as illustrious as Confucius. That was partly because he never casually accepted remuneration.