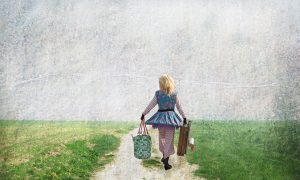 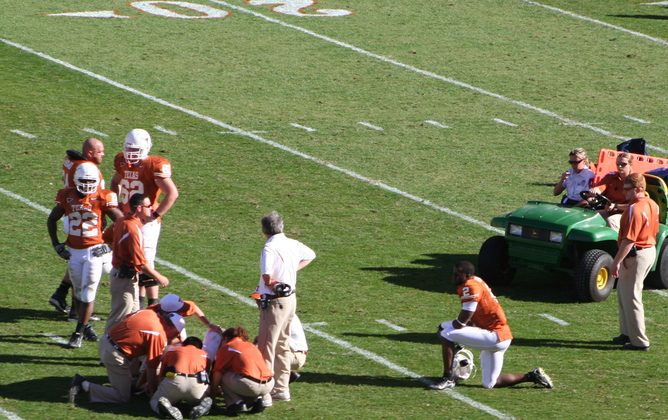 Is there more to the concussion crisis than what the science can tell us? (Wikimedia Commons, CC BY-SA)
International

Concussions Aren’t Only a Medical Issue

The sports media has a fascination with concussions. Not only is there a huge volume of stories about the issue, but there’s also an urgency to the tone of the reporting. The heightened coverage has served to increase awareness of the concussion problem and encourage public debate about sport, health and safety.

But what’s often missing from the media’s discussion of the topic is a recognition that the concussion problem is not merely a health issue: it’s also a social issue. We’re generally less inclined to look at how concerns about head injuries influence our understanding of ourselves and the identities of others.

Sport plays a significant role in our culture. It’s used as a lens to discuss what it means to be a man or woman, how to belong to a nation or community, or how hard work can overcome long odds.

Shouldn’t our conversations about a topic that could change the very nature of sport also consider these social and cultural issues?

The absence of social commentary stems from a tendency in the mainstream media to frame concussions as a science and technology problem. Scientists have undertaken essential research that has helped us learn about what happens to the brain after a concussion. Meanwhile, groundbreaking investigative reports and documentaries have made the results of this research accessible to the general population to the point where the symptoms of Chronic Traumatic Encephalopathy have become part of everyday dialogue about sport.

The media is also keen to cover the latest technological breakthrough for new “concussion-resistant” helmets, but just as quick to report on rulings requiring companies to withdraw claims about the superior protection offered by their products. The bulk of the coverage of concussions in the media seems to be organized around one basic understanding: to solve the “concussion crisis” and make sports safer, we simply need better science.

I certainly don’t want to downplay the scientific advances made by concussion researchers or claim to know more about the brain than neuroscientists. But as the media places so much emphasis on the science behind the concussion debates, important cultural factors are left largely untouched.

One of these factors involves how we make sense of the concussion problem within the hyper-masculine culture of many sports. Most commentators will concede that the era of shaking off a head injury as “getting your bell rung” is over. But the concussion issue should force us to re-think the value systems that make violence and playing through pain manly symbols of toughness.

Ideas about gender even influence how we define the scope of the concussion problem. There are important gender differences, for example, in how often athletes report head injuries, with women tending to report at significantly higher rates than men. Some analysts have pointed to how men could be more likely to “play through” a concussion to live up to masculine ideals of toughness. These same stereotypes might also lead coaches and trainers to be more attuned to the head injuries of female athletes.

In addition to gender, socioeconomic status may influence reporting rates – as well as which athletes choose to play violent sports. When NFL defensive back Richard Sherman spoke out about changes to the NFL’s concussion protocol last season, he made strong statements about the role that socioeconomic status plays in how people would react to the concussion problem. Sherman wrote, “People are always going to play football, and if higher income families choose to pull their kids out of the sport, it will only broaden the talent pool, giving underprivileged kids more opportunities to make college rosters.”

Similarly, safety Brandon Meriweather made waves later that season by claiming that the league’s new concussion rules force defensive players to hit opponents low rather than head on. Meriweather went on to say that the new rules meant he would have no choice but to hit players in the knees, “tear people’s ACLs” and “end people’s careers” (he’s assuming, apparently, that a concussion is less likely to end a player’s career than a torn knee ligament).

You don’t have to agree with Sherman or Meriweather to recognize that the concussion issue relates to people’s work and careers, and athletes from a lower socioeconomic class might think they have more at stake than someone with a more privileged upbringing. Beyond the medical ramifications of concussions, it’s important to look at how being diagnosed with a concussion might (or might not) be perceived as affecting an athlete’s career or financial goals. This applies to professional athletes, but also rings true for aspiring professional athletes or those with athletic scholarships. Even at the youth or recreational levels, how concussions are diagnosed and treated can be influenced by an athlete’s access to health care or his or her ability to take time off from work or school.

Social determinants of health – the social and economic factors that impact health for different groups of people – need to become a bigger part of the way we talk about concussions. Yes, policy and rule changes are important, but so is looking at how the media packages this issue for consumers.

This involves admitting that there might be limits to what folks in white coats can tell us from looking at brain scans or tissue slides. The conversation needs to shift from the comfortable confines of the lab and into the messy world of identity and politics. Only then will the thousands of athletes, coaches, and parents affected by concussions have a clearer picture of how complex the solutions to this problem might actually be.