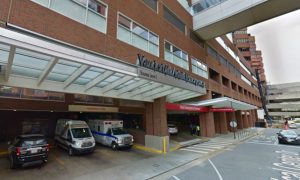 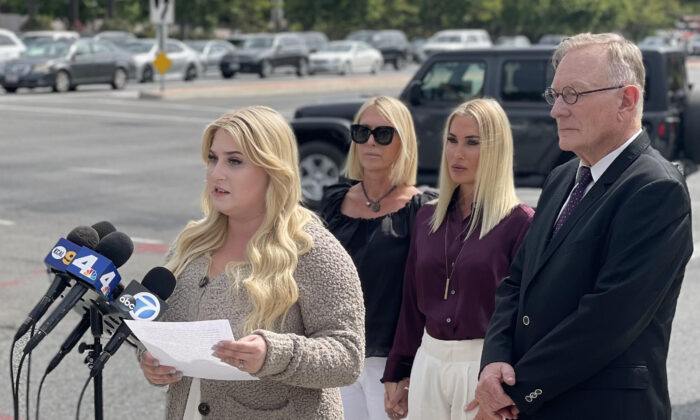 A woman who says she was sexually assaulted while being treated at a Mission Viejo, California, hospital is urging other victims to come forward.

Zoe Cooksey, 22, said she was violated at Mission Hospital on March 31 while receiving treatment for injuries suffered in a car crash.

“I was completely betrayed by Mission Hospital,” Cooksey told reporters on July 8 during a tearful statement outside the hospital. “This has been one of the worst experiences of my life, and I’m not sure that I will ever be the same again.”

When Cooksey arrived at the hospital in late March, she was under the care of a male nurse who escorted her into a secluded room, insisting that she needed a catheter that never appeared in medical or billing records, she said.

She contacted her mom to express her concerns, but before the mother arrived, she said the nurse inserted the catheter and sexually assaulted her simultaneously.

Her lawyer, Shawn Steel, told reporters that he believes the nurse overheard Cooksey’s conversation with her mother and proceeded to administer morphine to his patient. When the mom arrived, her daughter was heavily sedated and unable to communicate, Steel said.

About an hour later, Cooksey was given another 10-milligram dose of morphine, according to the lawyer.

Before being discharged, Cooksey was taken for a CT scan and X-rays before being diagnosed with a concussion.

When the morphine wore off, Cooksey said she was able to better articulate her experience.

Her family called Orange County Sheriff’s Department to report the incident, and the hospital was informed of the allegations made against its nurse.

Steel said a hospital spokesperson said that they immediately terminated the nurse’s position. He was later charged with assaulting two other women at the hospital.

The Orange County Sheriff’s Department arrested 56-year-old Paul Alden Miller, of San Clemente, on June 30 for sexual elder abuse and sexual battery. Police said they had received reports of sexual assaults at the hospital, including the one recounted by Cooksey.

In April, a 68-year-old woman said she was assaulted at the hospital in the same location. A 56-year-old woman came forward with a third sexual assault allegation in June.

Miller had worked at Mission Hospital since January 2017. He had previously been employed at the El Centro Regional Medical Center from January 2016 to January 2017, and at Sharp Hospital in Chula Vista from December 2014 to May 2015.