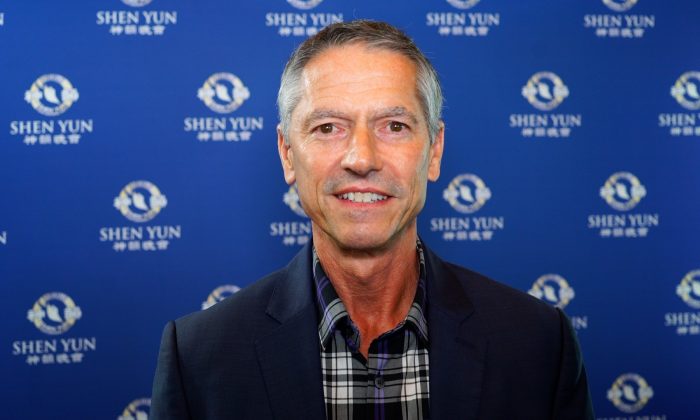 Joseph Arimento attended Shen Yun’s last of seven performances at the Duke Energy Center for the Arts, Mahaffey Theater, in St. Petersburg, Fla., on March 25, 2018. The performance was sold out. (NTD Television)

“It was fantastic. Very impressive. I think the timing, the choreography that it takes to do something like this is quite an effort and a lot of discipline.”

“The energy that is there and the effect it has on one’s inner person, the calming effect, [is] very nice.”

“[As for the] soprano, I’ve never heard a voice hit the note that she hit. It was very sharp and very vivid.”

“The actual dedication that the performers obviously have … was very impressive. You can see in the performance, they put all of their energy into making that delightful for us. … You can see that their belief has inspired them to perform the way they do.”