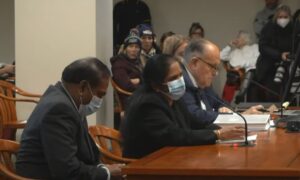 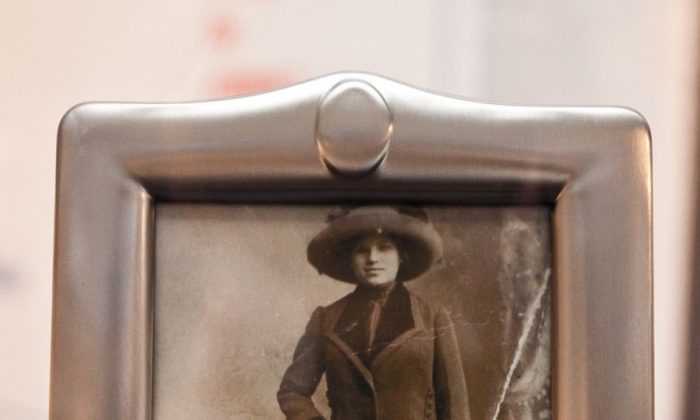 A contribution by Suzanne Pred Bass of a photo of her great-aunt Rosie Weiner who died in the Triangle Fire. Suzanne explains that it's important to give people the sense that she was a real person with hopes and dreams. Rosie was engaged and had hopes of moving to a farm. (Amal Chen/The Epoch Times )
US

NEW YORK—Local residents and community leaders rallied outside of the Kingsbridge Armory on Wednesday for a testimony on responsible development of the historic landmark located in the Bronx.

Community residents ask for more jobs to be created after the development and that a new school be constructed at the site.

“My school is overcrowded and we share it with elementary students,” said 16-year-old high school junior Herminio Reyes, who lives in Northwest Bronx.

“We want our community to be at the table,” said Father Joseph Girone, a priest at St. Nicholas of Tolentine church. Both Reyes and Girone were quoted in a Kingsbridge Armory Alliance press release.

The gathering came one day before the city’s deadline for developers to submit their redevelopment proposals to the Economic Development Corporation. Mayor Michael Bloomberg had announced the redevelopment initiative in his State of the City address in January.

A priority will be placed on the plan that produces the most jobs, according to the mayor.