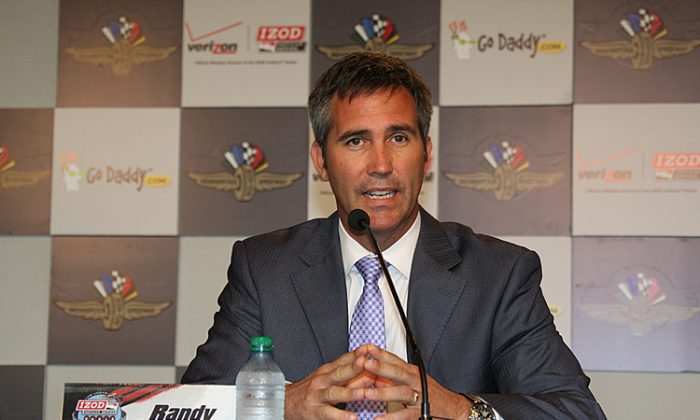 Showing surprisingly little business acumen, the board of Indianapolis Motor Speedway ousted CEO Randy Bernard Sunday after an emergency teleconference—only two days after company PR assured the IndyCar world that Bernard was employed there in the present and for the future.

The Sunday press release announcing that Bernard was “stepping down” after having served less than three years of his five-year contract, mentioned that the series hadn’t even started looking for a replacement. That’s right; the IMS board fired Bernard without even a plan for how to find someone to take over the top spot, let alone any candidates.

Considering that Randy Bernard oversaw what is almost universally deemed to be the best year of IndyCar racing since the mid-90s, one wonders what more might be expected of the next CEO.

Randy Bernard was a controversial candidate from the start. Famous for taking professional bull-riding from a small part of the provincial pro-rodeo show to a nationally televised and very lucrative stand-alone sport, Bernard had never even seen an IndyCar race before taking the job in 2010.

Yet some would say an outsider was needed. IndyCar had been bleeding money since Tony George, IMS board member, former IndyCar CEO, and scion of the Hulman-George clan which owns IMS, decided to start his own IndyCar series, Indy Racing League, in 1995. George spent vast volumes of cash—some say over half a billion dollars—over the next fifteen years, but his series never succeeded.

George was fired by the board in 2009; IMS accountant Jeff Belskus took over as CEO, and hired Bernard in 2010.

Bernard’s list of accomplishments is notable. Most important, he listened to the fans.

Fans asked for a new car to replace the archaic IR3 and IR5; Bernard delivered. Fans wanted to get away from identical motors in all the cars; Bernard attracted Chevrolet back to the series as an engine supplier. He took a series where even hardcore fans admitted the on-track action was miserable, and in his third year offered the best racing of the century.

Fans wanted more oval tracks, specifically some of the old classics; Bernard went out of his way to offer sweet deals to these tracks and signed some of them. Fans wanted young American talent to get rides; Bernard worked hard to find a seat for Graham Rahal and got sprint car star Bryan Clausen into Indy Lights.

Fans hated the Tony-George-inspired pack racing on ovals. Bernard made new oval rules which brought driver skill back into the mix. He hired ALMS wizard Beaux Barfield as race director, to make sure the rules were followed and explained. He brought back double-wide restarts on road courses.

Most important, the new car, new motors, and new rules created the best on-track action most fans had ever seen.

What Bernard couldn’t do is also notable.

The one thing Bernard could not do was get the series out of its ten-year television contract which relegated most of its races to a second-tier cable network, but even that needn’t have been fatal, as the network, which became NBC Sports, is starting to grow and reach new households.

Most important, he couldn’t reverse 15 years of damage overnight. It took him three years just to get the racing right, so he actually had a quality product to sell. He couldn’t undo years of harm done to IndyCar by Tony George or the team owners, who also owned an unsuccessful IndyCar series, in conflict with George’s IRL.

Randy Bernard could not take a business which had bled cash for 15 years, and which had ruined its product and reputation, and suddenly convince everyone that is was a good investment. In five years, he might have. In three years, he was just getting started.

He met opposition every step of the way. Team owners didn’t like having a CEO tell them how things would be; they wanted more say, despite having proved that they couldn’t run the show. Some fans refused to accept Bernard, simply because he wasn’t an IndyCar old-timer, despite the fact that IndyCar old-timers had bankrupted the series. Even the IMS board wouldn’t wholly support Bernard, which isn’t surprising considering Tony George and some of his friends sat on the board.

Finally, for reasons not yet made public, Bernard was squeezed out, and in a way which can only hurt the series.

IndyCar has gotten it wrong for years. What was once the premier form of motorsports in North America became almost a joke, with conflicting series, plummeting ratings and bad racing. Randy Bernard did what he could to turn that around, only to be dumped unceremoniously on a Sunday after an “emergency” teleconference.

Randy Bernard will land on his feet. He has proven to be a tireless worker, wholly committed to whatever job he has taken on.

IndyCar? Not so sanguine about the fate of this great sport. After seeing the American Le Mans Series go broke and sell out despite having the best sports car racing in North America, one has to realize that racing is a business and businesses can go broke if managed incompetently.

What competent businessman would want to take over IndyCar after seeing how the series treated Randy Bernard? And without a competent CEO, how can the series hope to start making money and gaining fans?

Since 1911, except for the World War years, there has always been an Indy 500. Ten years from now, that might not be true.