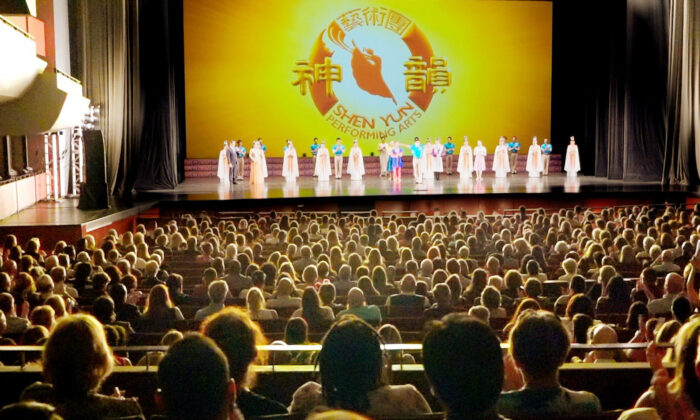 Epoch Newsroom
View profile
Follow
biggersmaller
Print
After a year of setbacks due to the COVID-19 pandemic causing performance cancellations, Shen Yun Performing Arts was able to return to Colorado for another series of spectacular performances.

Shen Yun is a New York-based performing arts company showcasing Chinese culture before the era of communism. In welcoming the performers, seven Colorado state and city officials sent proclamations and welcome letters to celebrate the occasion.

Michael F. Bennet, United States Senator, extended his good wishes to Shen Yun’s artists, producers, and staff. He also added that the “magnificent production of a journey through 5,000 years of Chinese culture will uplift audiences across the state.”

In her proclamation, Colorado State Representative Leslie Herod wrote, “Denver is awaiting the presence of Shen Yun and its citizens are eagerly anticipating the performance of such defined and coordinated cultural work.”

House Representative Mary Young wrote in her letter, “Our community is fortunate to host this acclaimed cultural performance celebrating 5,000 years of Chinese culture and history through classical Chinese dance and live orchestral performance.”

Alec Garnett, Speaker of the Colorado House, was delighted t0 welcome Shen Yun back to Colorado, adding, “After a hard year of COVID-19 and rescheduled shows, this spectacular event will finally return to Coloradans all across the state to enjoy.”

Mayor John Suthers of Colorado Springs extended his greetings to Shen Yun saying, “Your mission to present the rich cultural heritage of China to the Colorado Springs community enhances the multicultural and artistic atmosphere of our city that matches its surrounding natural beauty.”

Mayor of Greely, John Gates, proclaimed that July 31 and Aug. 1, 2021, will be “Shen Yun Performing Arts Weekend” and urged all residents of Greeley to see one of Shen Yun’s magical and enchanting performances.

Shen Yun will be at The Buell Theater in Denver from Nov. 4-7.