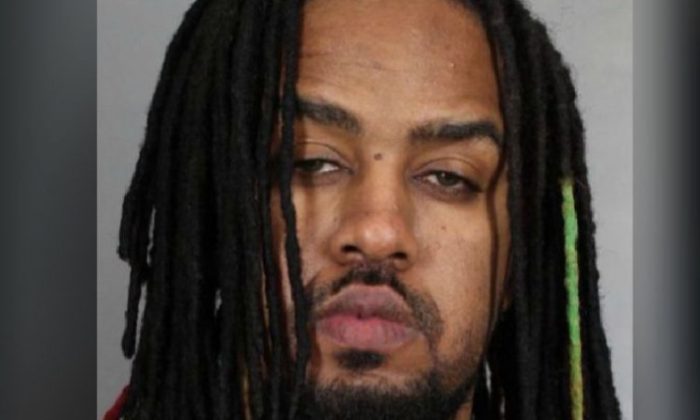 Brock Franklin, 31, was handed the lengthy sentence on Nov. 21. He operated a prostitution ring that exploited young girls and women.(Arapahoe County)
Crime and Incidents

Colorado Man Gets 472 Years in Prison for Trafficking Children

A Colorado man was sentenced to 472 years in prison for trafficking children—the longest sentence in a human trafficking case in American history.

Brock Franklin, 31, was handed the lengthy sentence on Tuesday, Fox31 in Denver reported. He operated a prostitution ring that exploited young girls and women.

Franklin was found guilty of 30 counts, including trafficking, sexual exploitation of a child, child prostitution, and kidnapping by a jury in Arapahoe County in March, according to the report. He was originally indicted by a grand jury two years ago.

“A 400-year sentence sends a strong message across the country that we’re not going to tolerate this kind of violence to women and vulnerable populations,” Janet Drake with the Colorado Attorney General’s office told the station.

Prosecutors said that he used violence and drugs to control girls.

The sentence for this Coloradan is believed to be the longest for sex trafficking in U.S. history. Here's how he earned it.https://t.co/Oemb05CcBr

“I can’t begin to even explain what he did to my life,” Brehannah Leary, one of Franklin’s victims, said in court. “Reading it today, and speaking and actually saying how I felt, and him having hearing and have to sit there and listen and listen to me, that brought me so much joy and that’s why I came today,” she said.

“He deserves every single minute in those walls,” Leary told FOX 31.

Kelly Dzedzic, the prosecutor in the case for Arapahoe County, told CBS Denver that each victim was accounted for in the lengthy sentence. “No buy one, get one free,” Dzedzic said.

According to Westword.com, several other people involved in the ring were convicted:

“Isis Debreaux: Pleaded guilty to contributing to the delinquency of a minor in exchange for four-year deferred sentence

Doyne Johnson: Pleaded guilty to contributing to the delinquency of a minor in exchange for four-year deferred sentence

Brandon Garrison: Pleaded guilty to contributing to the delinquency of a minor and keeping a place of prostitution in exchange for six years in community corrections

Michelle Payne: Pleaded guilty to keeping a place of prostitution and contributing to the delinquency of a minor. Received ten years in community corrections”

Franklin was hit the hardest as he was prosecuted under the Colorado Organized Crime Control Act.