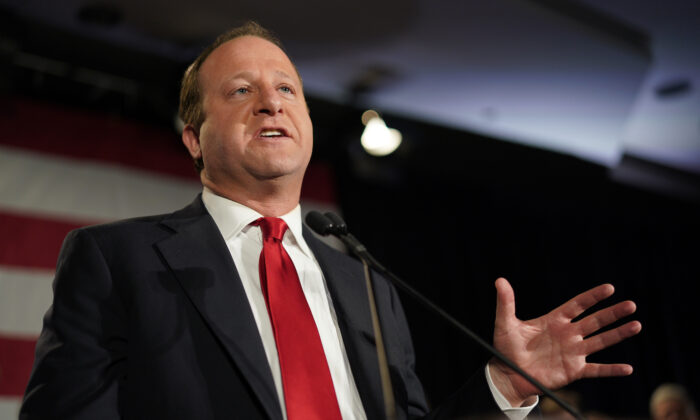 Polis announced on Friday he had signed the highly contested bill, also known as Senate Bill 20-163, which essentially adds a step for parents wishing to exempt their children from vaccines for nonmedical reasons.

“Evidence shows that states with lenient exemption policies, such as Colorado, experience higher rates of vaccine-preventable diseases,” the state’s general assembly declared in the preamble to the bill, which seeks to increase Colorado’s vaccination rate, which is among the lowest in the nation.

Under the new law, parents have to submit a standardized exemption form bearing the signature of a medical professional or, as an alternative, they can provide a certificate proving they viewed a state-approved online educational video about vaccinations. The previous law allowed parents who wanted their children to be exempt from vaccination to submit a simple note to the school office.

Children who are home-schooled are not subject to the new rules, only those whose parents want them to attend public school. The new law also compels schools to make public their rates of exemption and vaccination and information from the new exemption forms is to be entered into a confidential database that public health officials could consult in case of an outbreak.

“Accurate and up-to-date documentation of immunization status supports coordinated and effective public health disease control response efforts in the case of an outbreak, which help protect the overall health of a community,” the lawmakers noted in the bill.

Polls have shown high bipartisan support for tightening vaccine exemptions in Colorado, though opponents argue it amounts to an unacceptable encroachment on parental choice.

“I think we’re all pretty lock-stepped that that’s a parent’s decision and a parents’ rights decision to make,” House Minority Leader Patrick Neville (R-Castle Rock), told The Denver Post earlier this year. “I don’t think any of us Republicans are against vaccines. It’s just something that we believe is a role between the parent and their doctors, not the government.”

Polis also opposed earlier efforts to tighten vaccination exemptions in Colorado, arguing in an interview on Hill.TV’s “Rising” program that the government should not force parents to participate in mandatory inoculations for their children.

“It’s important that parents vaccinate their children, but you can’t do that at the point of a gun,” Polis said, adding, “When the government tries to force parents to do this, it creates distrust in both vaccinations and distrust in government.

Friday’s signing of the bill took place with no advance public notice or fanfare.

According to the Centers for Disease Control and Prevention (CDC), children enrolled in kindergarten in Colorado had one of the lowest rates of vaccination in the country in the 2017-2018 and 2018-2019 school years.