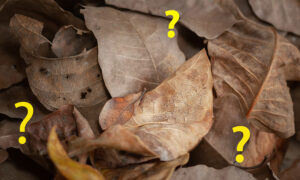 Color Confusion: Is This Shoe White and Pink–or Blue and Grey?

Users on social media are trying to determine whether a shoe is pink and white or blue and grey.

Harking back to a viral post from several years ago when people questioned the color of a dress. It looked black and blue to some, but white and gold to others.

On Wednesday, Facebook user Nicole Coulthard posted: “[S]o my friend has just sent me this asking what color the shoe is, I would say pale pink and white, but she insists its pale blue and grey.”

“We’re not doing this again,” one Twitter user wrote on Wednesday, “The shoe is PINK AND WHITE.”

A CTV News poll found that 21 percent think the shoe is “pink and white” while 79 percent believe it’s “grey and teal.”

According to CTV, the shoes are actually pink and white, or “blossom” and “true white.” They can be bought on the Vans’ website.

And here is the viral dress from several years ago:

I’m still so salty people think this dress is black and blue pic.twitter.com/1HpCf5x4rw