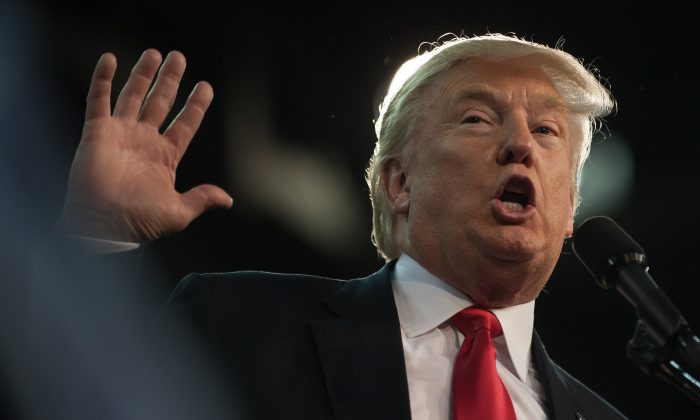 Hillary Clinton’s team on Aug. 16 dismissed rumors involving the Democratic nominee’s health, while accusing Donald Trump of insinuating “deranged conspiracy theories” to keep the focus away from his refusal to release his tax returns.

“While it is dismaying to see the Republican nominee for president push deranged conspiracy theories in a foreign policy speech, it’s no longer surprising,” said Jennifer Palmieri, Clinton’s communications director, in a statement.

Donald Trump said on Aug. 15 that the former secretary of state was not mentally and physically capable to take on the Islamic State.

“Importantly, she also lacks the mental and physical stamina to take on ISIS and all of the many adversaries we face, not only in terrorism, but in trade, and every other challenge we must confront to turn our great country around,” Trump said in his speech in Youngstown, Ohio.

The medical statement was prepared by Dr. Lisa Bardack, chair of the Department of Medicine at the Mount Kisco Medical Group in New York.

In the letter, Bardack states she has been involved in all aspect of the candidate’s healthcare since 2001, and describes the former secretary of state as a “healthy 67-year-old female whose current medical conditions include hypothyroidism and seasonal pollen allergies.” Bardack also noted a concussion Clinton suffered in December 2012, but explained she had recovered.

“She is in excellent physical condition and fit to serve as President of the United States,” concluded Bardack.

The Clinton camp also compared the Democrat’s medical records to those Trump released of himself last year in which his physician said Trump’s “physical strength and stamina are extraordinary.”

He said that “If elected, Mr. Trump, I can state unequivocally, will be the healthiest individual ever elected to the presidency.”