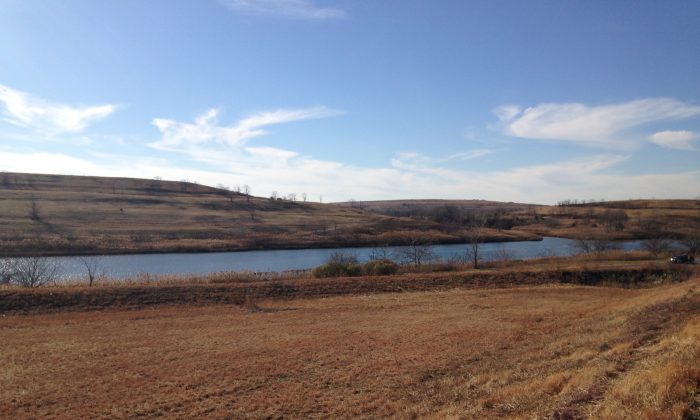 NEW YORK—New York’s largest solar energy facility will be installed at Freshkills Park on Staten Island. It will be able to generate enough electricity to power about 2,000 homes.

Approximately 47 acres of land at what used to be the world’s largest landfill will be leased to SunEdison to design, construct, install and operate a solar power facility. It will have the potential to generate up to 10 megawatts of energy—five times more than any solar energy system in the city.

The facility will increase the city’s current renewable capacity by 50 percent and is expected to be completed by 2016. Approximately 30,000 to 35,000 high-efficiency mono-crystalline panels will be installed.

Mayor Michael Bloomberg and other city officials made the announcement at Freshkills Park Monday.

“It won’t cost the city anything to build, SunEdison will sell energy generated here to private customers in the city, clean energy that helps us further reduce our carbon footprint,” said Bloomberg.

Freshkills was the city’s largest solid waste landfill until it closed down in 2001. In 2006, the city’s Department of Parks and Recreation began developing Freshkills Park. One of the uses for the park was to develop renewable energy by installing solar and wind power facilities. The park site itself is also a source of renewable energy.

In sites across Freshkills, the Department of Sanitation harvests enough methane produced by the waste buried under the ground to heat about 22,000 homes. The gas is sold to Natural Grid and generates $3 million in annual revenue.

“The park was planned to be a big contributor to our city’s sustainability,” said Bloomberg. “It’s fitting that this site, long associated with the most stubborn challenges of urban development, will now be a shining example of cutting edge solutions.”

The mapping of the additional 1,500 acres is another step in the administration’s plan to transform all of Freshkills into a park in the next 25 years. When all 2,200 acres of Freshkills Park are open, the city’s total parkland area will exceed the 30,000-acre mark, which is bigger than the entire city of San Francisco.

The partnership with SunEdison is the latest in a series of the city’s solar initiatives that aim to increase the development of renewable energy and reduce greenhouse gas emission at the same time. These initiatives are part of PlaNYC—Bloomberg’s plan to create a greener New York City. Today the city produces about 20 megawatts of solar energy, about 20 times the amount it did when PlaNYC was launched back in 2007.