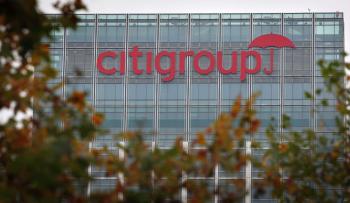 And along with the payments, the banks finally escape the regulatory scrutiny over their business and compensation, which the banking industry has seen as a thorn in its side for over a year.

The San Francisco-based Wells Fargo repaid $25 billion in TARP money to the U.S. Treasury this week, including dividends of $132 million. So far, Wells Fargo has paid U.S. taxpayers $1.4 billion in interest and dividend payments since the inception of TARP.

The banking giant said in September that it would try to repay taxpayers without selling new stock—which dilutes the value of current shares. But this month, it became apparent that the company would be unable to come up with the necessary funds, and on Dec. 18, Wells sold 489.9 million new shares to raise more than $12 billion to fund the payment.

“With repayment of the TARP investment, we can intensify our focus on what we do best: helping consumers and businesses achieve financial success,” said Wells Fargo President John Stumpf in a statement.

New York-based Citigroup repurchased the remaining $20 billion in debt held by the U.S. Treasury this week, although the government still owns 7.7 billion shares of Citigroup’s stock. The Treasury canceled plans to sell $5 billion worth of Citigroup stock after its shares dropped in trading this week.

Neither bank will be considered beneficiaries of the TARP “Exceptional Financial Assistance” program beginning in 2010, a major step that the banks hope will help them achieve profitability and attract and retain top employees.

How Effective Was TARP?

Citigroup received a total of $45 billion in TARP assistance last year in two separate bailouts. Earlier this year, the Treasury agreed to convert $25 billion into stock, and Citigroup paid off the remaining $20 billion this week.

Wells Fargo received a bailout following its acquisition of Wachovia Corp., the troubled lender that became one of the leading issuers of adjustable-rate mortgages (ARM) in the United States during the housing bubble.

TARP was designed to avoid major catastrophes in the banking sector, such as those that hit Bear Stearns & Co. and Lehman Brothers Holdings Inc. in 2008 and shook the global financial industry.

Soon, the program, which began under the Bush Administration but continued by President Barack Obama, came under public scrutiny due to its funds largely going to banking giants that ultimately hoarded the money rather than lend to small businesses and consumers.

But as each bank repaid its TARP funds, it lauded the effects of TARP on its lending business.