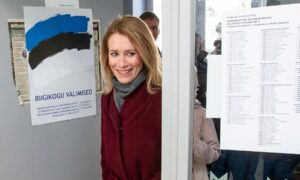 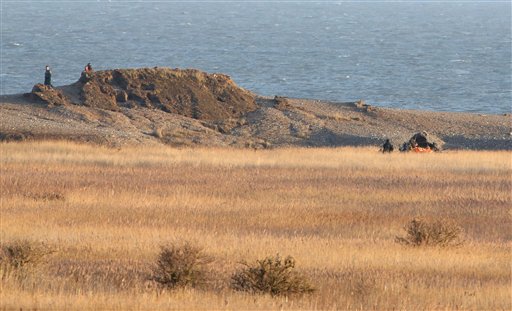 The wreckage of a US Military Air Force Pave Hawk helicopter, at right, lies on the ground in Salthouse, England, Wednesday Jan. 8, 2014. The Pave Hawk helicopter slammed into the eastern coast during a low-level training mission Tuesday evening. Authorities cordoned off flooded marshes Wednesday to remove the bodies of four U.S. Air Force crewmen that were killed in the crash. (AP Photo/PA, Chris Radburn)
Europe

Christopher Stover, Sean Ruane, Dale Mathews, Afton Ponce have been named as the U.S. Air Force members who were killed in a crash of Norfolk in the United Kingdom.

An investigation into the crash began on Wednesday.

The dead crew members were identified by BBC.

The Pave Hawk helicopter slammed into the eastern coast during a low-level training mission Tuesday evening. Teams combing the marshes have been hampered by bullets scattered across the scene and have not yet recovered the crew’s remains.

“We have currently cordoned off about 400 square meters (500 square yards) of the marshland area,” said Chief Superintendent Bob Scully of Norfolk Police. “The crash site itself I would describe as an area of debris on difficult terrain on the marsh.”

Local authorities are carrying out a daylight investigation, and the bodies will be removed afterward. The aircraft was assigned to the 48th Fighter Wing, but the names of the crewmembers will be released only after families are notified.

Pave Hawks — a modified version of the better-known Black Hawks — are mostly used for combat search-and-rescue missions, mainly to recover downed air crew members or other personnel during war and other hostile situations. They typically practice flying low and fast, often at altitudes of hundreds, rather than thousands, of feet.

The choppers are highly regarded and have no known safety issues, said Peter Felstead, the editor of IHS Jane’s Defence Weekly.

“It’s very difficult to know if there is a mechanical problem or something other than that,” he said, adding the flooded marshes will complicate the recovery of debris.

The helicopter plummeted into the Norfolk Wildlife Trust Cley Marshes Nature Reserve. The aircraft was based at the nearby Royal Air Force station in Lakenheath.

Britain’s Met Office said that nearby Weybourne reported wind gusts of 36 mph (58 kph) at the time of the crash, though sustained winds were weaker. The area near the site has flooded twice.

“We are having very bad weather at the moment,” Felstead said. “If you are in a helicopter and you are flying quite low, if anything does go wrong there’s less chance to correct it.”