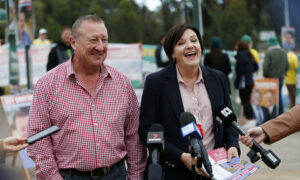 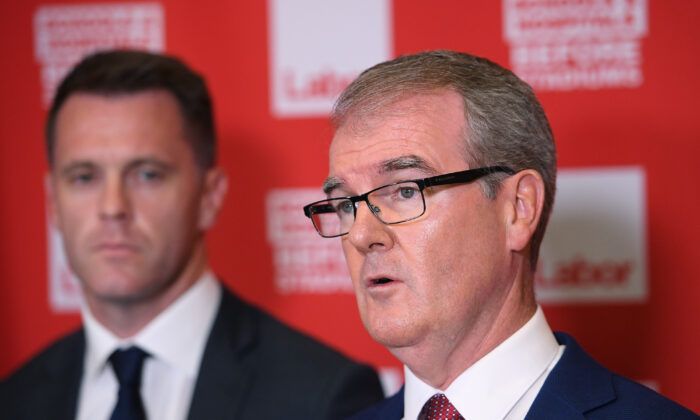 This will be the second time Minns and Daley have faced off for the role and the third attempt for Minns overall. But Minns promised no recriminations against his opponent’s faction should he win the top job.

“Of course, I promise no recriminations,” Minns told Sky News on Tuesday.

With two contenders, Labor party rules require the caucus and rank-and-file members to vote, which could be a bruising and lengthy process unless one person drops out.

Minns said Daley has “every right to put up his hand, as do I.” But he said he could not tell his challenger to withdraw his nomination to avoid a potentially damaging contest.

Following that result, and despite initially pledging to remain in the role, McKay, who had won majority support for the top job in 2019 after the party’s election defeat, said that although she was the elected leader, there were some within the party who never “accepted the outcome.” She resigned on May 27.

The loss of the Upper Hunter by-election, held in a predominantly blue-collar region, prompted some within Labor to call for some soul searching, saying the party which brands itself as being for “working families,” had instead focussed on policies that target inner-city progressives, to their detriment.

Minns, who resigned from the shadow cabinet on May 25, after a Labor staffer from the office of Deputy Opposition Leader Yasmin Catley allegedly distributed a “dirt dossier” about him to the media, said in a post on Twitter that he wants the Labor party to refocus on “working families.” He also pledged to pivot from offering criticism of the NSW Liberal government to offering alternatives instead.

Labor “doesn’t have to oppose everything the government does,” he said.

Minns has lost to Daley before, in November 2018, when Daley became party leader for a short-lived four months. But on Monday, he said he’s confident this time will be different.

Meanwhile, Daley on Sunday confirmed he’d ask for a second chance at being the leader, but he faces a backlash from Asian-Australian Labor party members and officials over comments he made in 2019 about people from Asia with PhDs taking jobs from young Australians.

He apologised again on Monday, with The Guardian reporting he said, “I’ve learned from my mistakes the hard way, and I’ve thought about them more than you could imagine.”

“Some of the things that I said and did in that campaign, I can guarantee you, will never happen again.”

Regardless, Minns is arguing the leadership needs a complete reset, saying it’s time for fresh ideas and generational change.

Daley, 55, served as a minister when the party was last in government. McKay is also a former government minister.

“I’m not a member of the previous Labor government, but I will put to my colleagues that that’s a good thing,” Minns told reporters.

“We’re in our 10th year of opposition, and something has to change–that change should be generational.”