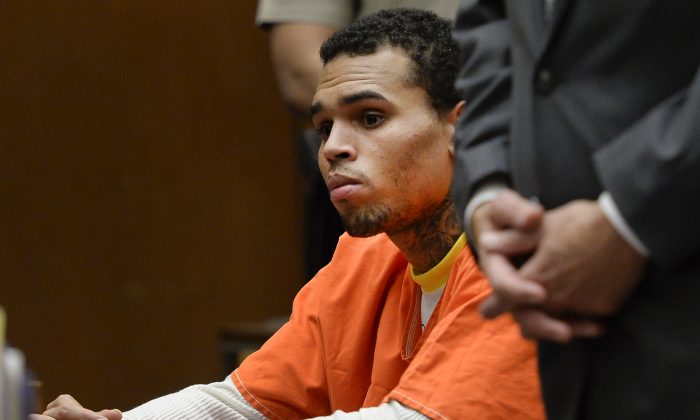 R&B singer Chris Brown appears in court on Thursday, May 1, 2014, in Los Angeles. Superior Court Judge James Brandlin ordered Brown to appear in court again next week to update him on efforts between the singer’s attorney and prosecutors to strike a deal on probation issues in the singer’s 2009 assault case filed after his attack on then-girlfriend Rihanna. (AP Photo/Kevork Djansezian, Pool)
Entertainment

RApper Chris Brown is choosing not to respond to the recent news that girlfriend Karrueche Tran is named as “Hip Hop’s Most Notorious Side Chicks” by VH1.

The news site published a top 10 list with Tran at the number one position. The half-Vietnamese Tran describes herself as philanthropist and model. Brown is said to have cheated on Rihanna with Tran. After leaving Rihanna, he cheated on Tran with her. The love cycle continued.

“The love triangle has inspired several years of bitter twitter battles between the girls (Rihanna actually referred to the half-Vietnamese stunner as a “rice cake” in her duet with Brown, “Birthday Cake,” and then tweeted a pic of a rice cake wearing shades and gold hoop earrings), as well as beef between their two entourages,” VH1 wrote, telling Brown to pick just one girl.

“This is embarrassing to see, but I can do nothing but laugh because at the end of the day you can say whatever you want about me.. Label me however you please.. Your words do not define who I am. I’m happy with myself,” Tran wrote.

The young model also regretted that her family had to find out this way.