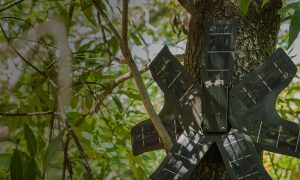 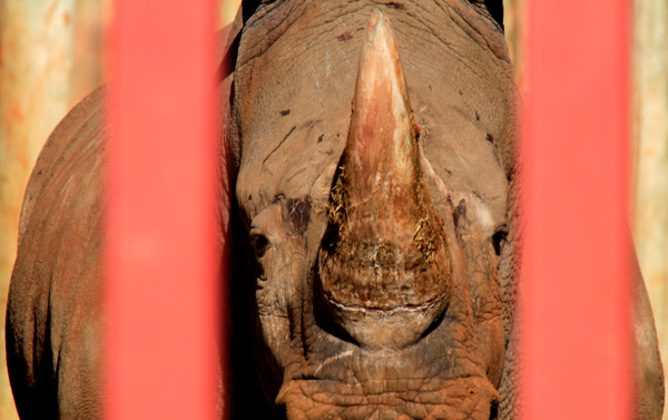 As the electric saw cuts into the base of the horn of the live rhino lying at my feet, I feel an uncomfortable guilt. The rhino shakes and judders and there is an unpleasant smell reminiscent of burning hair. I glance nervously at the friends around me, clad in khaki and camouflage.

But luckily for this rhino, I wasn’t a poacher and there was no blood or bounty—I was there as part of a conservation drive. Just over a month ago I was involved in a local operation to de-horn white rhinoceros in South Africa. The idea is that by removing the horn, we remove the motive for poaching. However, I have a conflict of emotions about this process: taking the horn from a rhino is what the bad guys do. In an ideal world we wouldn’t do this, but it’s for the good of both the individual rhino and the species.

At the end of the operation, our rhino walks off to go about its life. Much like your hair and nails, rhino horn is made up of keratin—removing it is painless and it will slowly grow back.

But if poachers get to our rhino first, they will almost inevitably kill it to cut off its horn. And its death is unlikely to be painless.

Another method to put off poachers is to relocate the rhino. I’ve been involved in transporting rhino hundreds of miles away in massive crates on the back of giant trucks to move them to a safer location.

De-horning and translocation both require rhino capture, helicopters, fast 4×4 drivers, wildlife vets, and a general lack of fear of a very large animal (which is never totally asleep). It is an epic and dangerous operation; for the rhino and the team.

Yet, despite these drastic and costly measures on the ground, Africa continues to lose rhino to poaching at an alarming and unsustainable rate, fueled by demand from the medicinal black market in Asia.

Wildlife (or environmental) crime goes way beyond the White Rhinoceros, but this species serves as a flagship for Africa and for conservation. If we cannot save the iconic rhino from extinction at the hands of an illegal trade, then what hope have we for controlling the bushmeat killing fields, saving baby chimpanzees from abduction into the pet or entertainment trades, halting ecosystem-destroying industrial pollution, or preventing the loss of great swathes of forest and their dependent biodiversity? The list goes on.

Wildlife crime is pervasive across the world and ultimately undermines the functioning of ecosystems that we (the human species) depend on for life.

Wildlife crime is often international; goods are trafficked across borders from where the natural resource is available to where it is desired. This is why we need an effective international investigative and enforcement network and why we need it operating on the ground in Africa. Interpol aims to connect enforcement agencies and partners across international boundaries—and it recently announced the formation of a new dedicated wildlife crime team in East Africa.

It is not that nations with wildlife crime lack motivation to solve their problems. I have seen first-hand the prevention and enforcement efforts that the Department of Environment and Nature Conservation, the South African government unit tasked with protecting biodiversity, employ to tackle rhino poaching. But current efforts to tackle wildlife crime across the continent and beyond are clearly not sufficient, and any assistance or improved resourcing can only help.

Equivalent to Gold or Cocaine

The budget of African enforcement and conservation organizations is dwarfed by the money that international criminal organizations command. One kilogram of rhino horn is estimated to be worth $65,000. That is more expensive than the equivalent weight of gold or cocaine. With an adult white rhinoceros averaging a mass of six kilograms across its two horns, the horn of a single rhino can represent a staggering $390,000 to the seller. The support that Interpol can bring will help to redress the resourcing imbalance.

The impetus for the creation of the new Interpol team stems from a recent report highlighting increasing losses of African elephants, alongside rhino, to poaching in East Africa. Global ivory seizures reached a new high in 2013 and, like the rhino, elephants are similarly in serious need of effective conservation action.

Sharing of intelligence between agencies in Africa and Asia and ports-of-call in between is likely to be the most effective route to successfully reducing the kill rate of the African elephant and the white rhino, the two largest land mammals on Earth.

Attack the problem from both ends of the chain; target the poachers in Africa (supply) and the dealers in Asia (demand), while providing long-term environmental education and introducing appropriate legalization of some wildlife products, and we may be better able to save the elephant, rhino, and other species. By setting up the dedicated environmental crime team, which will be based in Nairobi, Interpol can provide the resourcing and support to boost local efforts and integrate response.

Basing the team in Kenya is also a good move. Kenya has one of the highest elephant and rhino populations in Africa. This makes it important for wildlife, but also vulnerable to poaching. Kenya lost at least 59 rhino and 302 elephant to poaching in 2013 alone.

Kenya is home to both the southern and northern subspecies of white rhinoceros in addition to the black rhinoceros. Only a few days ago, the death of Suni, the first captive-born northern white rhino, means that this branch of the rhino family is now probably functionally extinct. Suni was one of only two surviving males (the other, Sultan, is 35, fairly old in rhino years), and there is now a population of just six individuals remaining.

The northern subspecies was pounded into its current depressing state by years of illegal slaughter. The depletion of this subspecies is an indication of what happens when we fail to act effectively against illegal wildlife crime. We ultimately lose the wildlife. Further investment in fighting wildlife crime, and international collaboration, in tandem with the aforementioned long-term actions, gives us hope that we can avoid the same fate befalling other species.